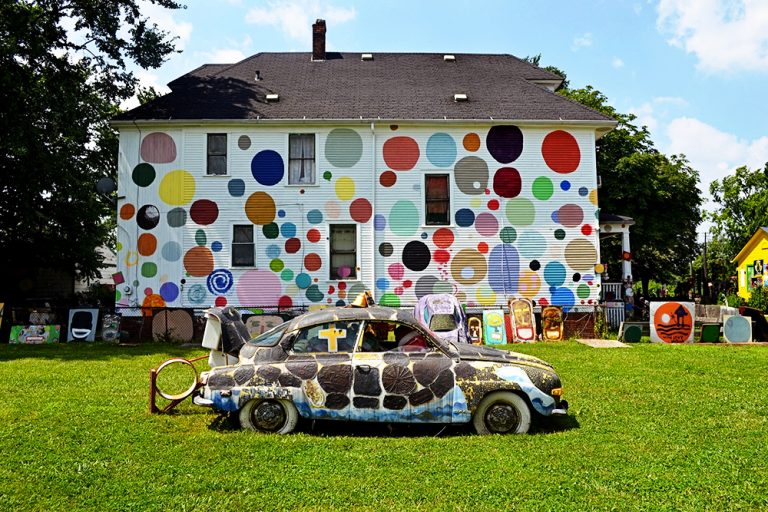 Forget the place you’ve read about in the headlines. Yes, Detroit has her problems. But entertaining guests is not one of them. Look past the raw edges, and you’ll find a gem of a city offering world-class architecture, music, and food.

Sounds of Motor City
Opened in 1935 by Cincinnati-born John Clifford Bell, then renovated and reopened in 2005 after a 20-year vacancy, Cliff Bell’s jazz club, bar, and restaurant (cliffbells.com) near downtown’s Grand Circus Park is a scene straight from Gatsby. Step inside the windowless, warmly-lit downtown hideaway for cocktails and live bop at the restored mahogany and brass bar. Some shows have a $10 cover, but the house trio performs for free on Saturdays from 6 to 8:30 p.m. The spirit of the roaring ’20s also lives on at the nearby Café D’Mongos Speakeasy, open Fridays and Saturdays for blues with a side of soul food.

Back in Midtown, there’s a white house with blue trim. Sounds ordinary enough, and it was, until Berry Gordy bought it in 1959 and made it a music landmark. Now it’s the Motown Museum, which offers guided tours that include a stop in Studio A—where the likes of Diana Ross and Michael Jackson recorded—and a glimpse of the apartment where Gordy lived. Motown Revue concert tours were once held at the Fox Theatre (olympiaentertainment.com/fox-theatre), an Art Deco stunner that still hosts musical and comedy acts.

Built to Last
Detroit has of one the largest surviving collections of late-18th and early-19th century buildings in the U.S. Art Deco skyscrapers gild the skyline—many revealing more architectural decadence inside, like the Guardian Building lobby bedazzled in multi-color Rookwood and Pewabic tile—and the mansions of auto moguls tower over suburban streets. Find them with free self-guided tours from Experience Detroit. For a full panorama: The view from Belle Isle (belleisleconservancy.org), a wooded park island in the Detroit River, is especially scenic in the fall.

Sleep in the lap of neoclassical luxury at the ritzy Westin Book Cadillac Hotel (bookcadillacwestin.com)—the tallest in the world when it debuted in 1924—and eat like an Iron Chef while there at Michael Symon’s Roast (roastdetroit.com), a chophouse focused on slow-cooked heritage meats.

Detroit’s oldest neighborhood is its newest culinary mecca. Green Dot Stables (greendotstables.com) slings 21 kinds of sliders (such as the Korean: beef with peanut butter and kimchi), a quinoa and kale chimichurri, fried bologna, and $3 mugs of Michigan craft beers. At Mudgie’s Deli (mudgiesdeli.com), choose from more than two dozen sandwiches stacked with house-roasted meats and fresh veggies. Slows Bar Bq (slowsbarbq.com) draws a crowd, but put your name on the list then head next door for craft cocktails and punches at Sugar House (sugarhousedetroit.com). The mac-and-cheese is worth the wait.

Sleeping quarters are close by at Honor & Folly (honorandfolly.com) above Slows. The two bedrooms feature exposed brick and vintage accessories, most of which you can purchase.