Four years ago, a freshman class of 88 entered the newly opened DePaul Cristo Rey High School. These students—many of whom came from 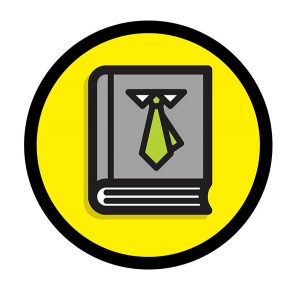 low-income families and were working below their cognitive grade level—were expected to complete a rigorous academic curriculum, including working one day each week to help earn their tuition on their way to graduating in four years with college acceptance letters in hand.

It’s a tall order, but one modeled across 30 other Cristo Rey schools spanning 19 states and the District of Columbia. Founded in Chicago in 1996 by a Jesuit priest, the Cristo Rey “brand” has since expanded thanks to investments from The Bill & Melinda Gates Foundation and The Walton Family Foundation, all the while establishing a reputation for college acceptance and students who are academically and professionally equipped for success.

Each entering freshman goes through mandatory Corporate Office Readiness Enrichment (CORE) in August, before the school year even starts, in which they learn the art of a first impression, a firm handshake, phone etiquette, how to tie a tie, and dining etiquette. During the year, students are assigned a once-a-week job-share position with one of 110 local corporate partners, including Good Samaritan TriHealth Hospital, Macy’s, and Xavier University. The rest of the week, they attend classes that run longer than traditional schools to offset their work day.

The remaining 48 students from that initial class graduated this past spring with 100 percent college admission. The school also provides a college success advisor who will keep tabs on the Cristo Rey alumni, checking in on their grades, college roommate situations, meal plans—even helping them pack and move in if needed.

“We did it,” says Principal Andrew Farfsing, before immediately correcting himself. “They did it. We just got to be a conduit along for the ride.”