For the last three-plus months, the internet has been captivated by Harambe, the gorilla killed at the Cincinnati Zoo after a child climbed into his enclosure. It’s morphed into something that defies logic and reasoning. Last Sunday, someone ran onto the field at Fenway Park in Boston wearing a customized jersey with Harambe on the back. At political conventions, people held up Harambe signs during newscasts. A Harambe tribute song has more than 3.7 million views on YouTube. We here at the magazine have waited long enough to broach the subject, so we take a sho—er, stab at understanding the global fascination with Harambe. And as if that wasn’t good enough, that is followed by perhaps the best John Travolta story that you have ever heard. This episode was recorded live at The Overlook Lodge on August 29, 2016. 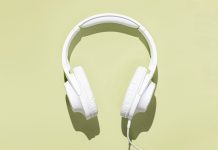 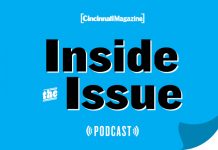 Inside the Restaurant Families Issue: March 2021

Inside Our Cincinnati At Work Issue: February 2021