In 2017, Cincinnati will celebrate the bicentennial of our city’s oldest park. Now known as Piatt Park, the broad esplanade along Garfield Place was donated to the city in 1817 by the Piatt brothers Benjamin M. and John H. Benjamin lived to a ripe old age. John died young, betrayed by his own country.

John, younger than Benjamin by two years, was born in Boone County in 1781. He first visited Cincinnati as a very young man, bringing crops from his father’s Kentucky farm to market. By 1806, at the age of 25, John had opened a store on Main Street, selling all sorts of goods including fabrics, glass, groceries, liquor, hats, and medicines. He built the first brick house in Cincinnati.

James Landy, in his 1872 book, “Cincinnati Past and Present” described Piatt’s influence in the new town:

“The younger, John H. Piatt, was the more enterprising. He not only built up his own fortunes but those of his less successful friends and relatives, and he was to Cincinnati, then struggling in its earlier poverty, a good genius. He seemed to feel the future of the city, and with generous enterprise gave his best efforts for its success. He was the first to organize a company for manufacturing purposes. He aided in launching the first steamboat. When commerce was in its infancy he opened a storehouse with goods imported from Europe, and to supply the capital necessary to a more extended business he opened and successfully conducted the first bank organized west of the Mountains. Under his inspiring influence great improvements were made. Streets were planned, and the brick house, then a novelty, became common.”

That bank, John H. Piatt & Co., was the first private bank outside the east coast and it issued its own money. Merchants in some cases preferred to be paid in “Piatts,” a nickname for his paper scrip. Piatt used his profits to invest in land and was well known throughout the region. He was fabulously wealthy.

When the United States of America went to war against Great Britain in 1812, many Americans refused to support the war, particularly the citizens of New England and members of the Federalist Party. Congress balked at approving funds for the war. As a result, armies in the field often had no provisions. This was especially true of William Henry Harrison, in command of the Army of the Northwest. John H. Piatt, a good friend of Harrison, volunteered to help. Years later, the Cincinnati Enquirer described Piatt’s commitment [18 January 1885]:

“It was food or failure. At this crisis this merchant prince of Cincinnati hastened to Washington and offered to supply the army with provisions out of his own means and credit, looking and trusting to the Government to reimburse him when the war was over.”

When the British captured and burned Washington, D.C., on August 24, 1814, American business was paralyzed. Piatt, who had bid to provide food at 20 cents per ration found supplies forcing actual costs to double or triple that amount. Rather than let the army starve, Piatt mortgaged his own properties and borrowed from many business associates.

With debts mounting, Piatt returned to Washington in hopes that the national government would offer some relief. He found James Monroe, Secretary of War, “sitting in the ashes of the burnt-out Capitol in an agony of despair over a bleeding country and an empty treasury,” according to the Enquirer. Monroe appealed to Piatt’s patriotism and offered verbal assurance that Piatt’s debts would be repaid by a grateful nation.

And then the United States of America betrayed John H. Piatt.

When he submitted his bills, Piatt was told that only rations purchased on the terms of his original contract would be reimbursed. Piatt sued and the case dragged on. Although the government owed him a huge amount of money, Piatt’s creditors wanted immediate payment as the country slid into yet another financial panic.

To make matters worse, the U.S. government at one point gave Piatt a voucher for more than $63,000. Piatt turned this over to his creditors, but the government refused to pay it. Piatt was thrown into debtor’s prison and died there, at the age of 40, in 1822.

Piatt’s case dragged on through the courts until, at last, the United States Supreme court ruled, in 1875, that Piatt’s debts must be reimbursed. By the time the government made good those debts with Piatt’s heirs, the plaintiff had been dead nearly 60 years. Despite the intervening decades, the government paid only the original debt, without a cent of interest. James Landy summarized the depths of ingratitude extending even to Piatt’s hometown:

“How much we owe to this man can never be estimated, and to the people of this day is unknown. General Harrison, in his last speech to our citizens before his departure to be inaugurated as President, delivered a warm-hearted eulogy on John H. Piatt, and said the city owed his memory a monument. Alas ! he has no memory. The very Council of a city he might be said to have created would not permit even a street to bear his name, changing the one from Piatt to Baymiller, and this too while the only space inclosed, that was donated by a citizen, is stupidly called the Eighth Street Park.”

It was 1940 before Cincinnati voted to change the name of Eighth Street Park to Piatt Park, and John H. Piatt still has no memorial in the city he helped build, or the country he helped save.

Ironically, Piatt’s creditors eventually became wealthy. Administering John H. Piatt’s estate were his brother Benjamin and Nicholas Longworth. Through their wise administration and the rise in real estate values, all debts were repaid, and then some. 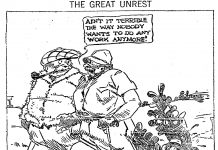