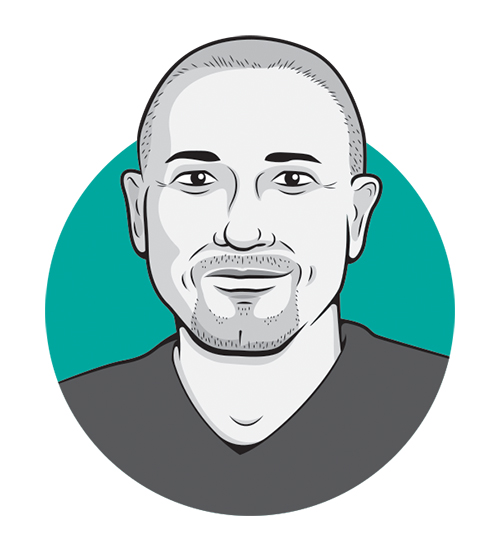 A year after The Dock—a nightclub that served as a gay community anchor for the Queen City for more than three decades—lit up its dance floor for the last time, Guy Ulam, current general manager of The Birdcage, opens up about what it means to operate one of the only remaining downtown bars designed to celebrate the entire sexual and gender spectrum.

This isn’t your first time working in the nightlife industry. I ran Adonis [a former East End LGBTQIA bar], and I did that for almost three years. When the Imeronis [owners of The Birdcage, Butcher and Barrel, Ché, to name a few] came to me it had been almost five years since Adonis closed and I really didn’t want to get back into the bar business.

What made you change your mind? They really wanted to do something for the gay community. When the building was acquired one of the stipulations was that it either had to be gay-owned or gay-operated. They told me their vision and said that they would work with me and my husband—he’s the house DJ—and everything they’ve said has come true.

Do you think that The Birdcage can fill that void? We try. We are an inclusive bar. We’re incorporating dancing and little bit of drag—they do their number and it goes right back to dancing. We have different events for all groups: lesbians, bears, movie nights, karaoke. So far it’s been a great success. I would love to see more bars pop up and more businesses where everyone can be themselves and not have to feel like they’re different or feel like they have to hide.

How do you want people to feel walking into The Birdcage? People say when they come here that they can be themselves. We have a lot of diversity here, different groups—straight couples, gay couples—and they all feel safe. Everyone just gets along. We’re a safe haven. We have a zero tolerance for any kind of discrimination. If someone is disrespecting someone in any way, we stop it right away.