“These tricksters usually stayed to the alleys and did their ‘dirty work’ quietly. If caught, they were clobbered by whoever caught them. No good to tell your parents, as this brought a second, more severe licking, and your Mom or Dad going over and apologizing for your bad manners.”

In 1902, Cincinnati Police Chief Phillip P. Deitsch issued orders for appropriate Halloween behavior. As reported by the Cincinnati Post [21 October 1902], Cincinnati boys had quite a bit of tomfoolery in mind:

“Chief Deitsch has begun the preparations of his All Halloween order. He does not want to abridge the rights of boys, and he wants to protect the rights of the people. His order will be in accord with that of last year. He will say: DON’T – Ruin other people’s property, Use violence to anyone, Carry away property, Mar or disfigure clothing, Use firearms of any kind, Annoy sick people, Make noises about hospitals or where the sick are.”

By the time Chief Deitsch issued his command, the trickster tradition of Halloween was well established. The Cincinnati Post published the large cartoon reproduced here in 1905. The cartoon was drawn by Armundo Dreisbach “A.D.” Condo, who sketched a lot of humorous drawings for the Scripps syndicate of which the Post was the flagship. Condo titled this cartoon “When We Were Boys,” and no doubt relied on memories of his own childhood in the early 1880s.

As early as 1874, the Cincinnati Enquirer reminded readers that, if their yard gates were missing that morning, last night had been Halloween.

The Cincinnati Times reported similar tricks for Halloween in 1876 in Newport:

“The boys celebrated Hallowe’en, last night, in the usual way of unhinging gates, tapping on doors, throwing cabbage-stalks, &c. Four of them, for carrying the thing too far, were arrested and each fined $5 and costs. Two of the offenders were women and the charge was disorderly conduct. Don’t let this occur again, ladies, or we will give you away.”

By the 1890s, such innocent pranks were positively quaint, and Cincinnati Halloweens took on a dangerous and threatening tone. According to the Cincinnati Enquirer [1 November 1893]:

“Hardly had darkness crept over the smoky house-tops before clusters of big boys, ragged children and young girls, with all sorts of make-ups began perpetrating devilish tricks. Doors were battered, windows rattled and street signs carried off or turned wrong side up. In the West End the devilment assumed the most serious aspect. On West Sixth street a gang of tough boys gathered near Smith street. They marched from door to door about 9:30 o’clock and made every body in the neighborhood wish Halloween would never come around again. At Court and Central avenue a crowd of small boys threw brickbats through one or two store windows.”

In 1904, although the Cincinnati Post reported an “unusually quiet” evening, Cincinnatians reported some surprisingly hazardous mischief:

George M. Henzel recalled that little children in the Nineteen-teens went begging from door to door, but the rewards were quite different from today’s mass produced treats:

“Halloween handouts were home-made doughnuts, cakes, and cookies, or maybe apples or other fruit. Very little candy was passed out, and if it was, it too, was home-made, such as taffy or peanut brittle. The smaller kids wore masks and only a few wore costumes, and they seldom wandered off of their home block to beg for treats.” 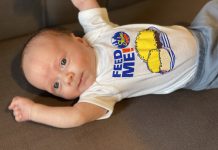 The Story Behind C.T. Webber’s Iconic Painting of the Underground Railroad