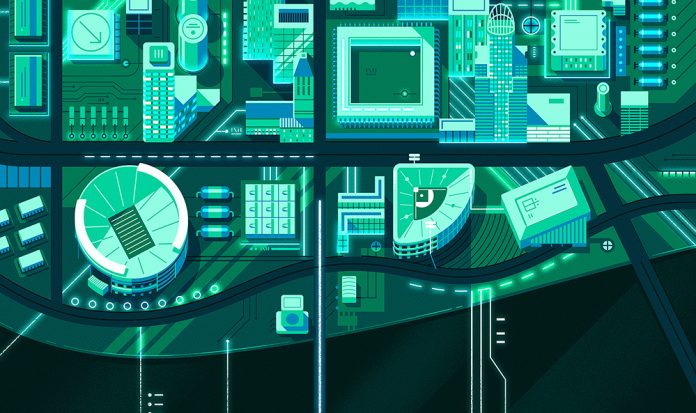 In hindsight, Summer Crenshaw isn’t surprised she started a multimillion dollar tech company expected to spread to more than a dozen cities by the end of the year. But she is surprised she was able to do it here.

A West Chester native and Miami University graduate, Crenshaw joined forces with a former coworker in the summer of 2015 to found Tilr, a mobile-centric algorithmic hiring app that pairs employees and employers based on skills instead of job titles—think eHarmony for the workforce. When it came time to choose a headquarters location a few months later, the obvious pick seemed to be New York City, where her partner was already based. But after a bit of digging, Crenshaw realized that Cincinnati had its own perks.

Cintrifuse was one of them. “At first I thought it was just a coworking space—to meet people, network, and bounce ideas off each other,” she says. Then she met with the organization’s program manager. “That was the pivot point,” she recalls. “I learned I have an entire support system here to help me accelerate my growth and become successful.” Throw in tax breaks from the city and a testing market that fit the bill for her company’s technology needs, and the decision became a no-brainer: Tilr would call the Queen City home.

To the folks at Cintrifuse, this is precisely why the organization was created in 2013. A group headed by former Cincinnati Business Committee chairman Tom Williams, president and CEO of North American Properties, recognized that the city lagged behind its peers in terms of its startup sector—specifically in terms of venture capital investment. Banking on a local company landing a lucrative “exit” to jumpstart the community (Amazon in Seattle) didn’t seem prudent, so the founding group commissioned a study to outline what steps the city could actively take to grow its sector manually. “The results would be a blueprint for what we would try to do,” says Williams.

Cintrifuse has gone as far as fostering an entire brand for the local tech community, StartupCincy. It’s a unified hub for a unified community, and even has its own Slack channel that’s open to entrepreneurs, investors, and admirers alike.

Those results centered on the need for some type of anchor or home base for the local startup community. Roughly five years later, Cintrifuse, helmed by CEO Wendy Lea, has embraced that role in full force. Based out of a four-story, 38,000-square-foot group of buildings in Over-the-Rhine dubbed Union Hall—which also houses the popular Brandery accelerator and seed investor CincyTech—its mission is to serve as a centralized hub where entrepreneurs come together to work, brainstorm, or host events. It also manages a multimillion dollar pool of funds that allows bigger companies to invest in innovation and draws entrepreneurs to the area, providing a singular entity that supports the city’s big-picture startup “ecosystem.”

When Cintrifuse came online in 2013, it tallied up 113 startups in the Cincinnati area. Today, the company counts 334 current startup members and has tracked as many as 1,100 in the Greater Cincinnati region. Which is great, though a bit arbitrary. There are no specific quotas inside Union Hall. The mission is to make Cincinnati the “premier destination for startups in the Midwest,” and Cintrifuse seems well on its way to reaching that goal, transforming a city few would have associated with the words “tech startup” into one being looked to as a model by at least three dozen other cities across the country.

“We essentially bioengineered an ecosystem,” says Eric Weissmann, the company’s vice president of communications. “We built a lighthouse on the shore and woke up the next day to 100 ships in the harbor.”

It’s not all Cintrifuse, either. The Crossroads Church-backed OCEAN and Covington-based Uptech accelerators have attracted ideas, entrepreneurs, and investments from around the globe. Area entrepreneurs are also seeing the region’s wealth of natural resources when it comes to fostering a successful startup scene: affordable cost of living, an ongoing creative renaissance, thriving arts and dining scenes, proximity to a high density of Fortune 500 companies, and a cultivated sense of camaraderie that’s lacking in the cutthroat environment of top-tier tech cities.

“That’s a part of the secret sauce of Cincinnati,” says Crenshaw.

The city is still a long way from becoming the next Silicon Valley, as evidenced by it not making the list of 20 finalists for Amazon’s coveted HQ2. Local entrepreneurs can cite a litany of issues with the region, ranging from an insufficient pool of qualified talent to a scarcity of big-time venture capitalist funders. And there’s still the lingering vestiges of a conservative Midwest culture that wrinkles its nose at taking chances and risking failure—two crucial elements in the startup world. But there are also continued signs of progress within the business community, including longterm vision. The University of Cincinnati, for instance, is putting its weight behind the region’s momentum via the 1819 Innovation Hub, opening later this year, in hopes of creating a near-campus innovation corridor to help bridge the academic research and business communities—something that’s worked well for Stanford University in the Bay Area’s startup ecosystem.

Compared to fellow mid-sized Midwestern cities, it’s fair to say that Cincinnati may already be pulling away as a model for how to embrace and grow a tech startup scene outside of the established coastal paragons. Just ask around. “It’s a place where you can really paint your own picture,” says Crenshaw, “and the city will help you.”