Mile Marker: 20th Annual Flying Pig Marathon
Executive Director Iris Simpson Bush and her crew, plus hundreds of volunteer “Grunts,” make every event on Flying Pig weekend a joy, and this anniversary year was no exception. When female winner Caitlin Keen crossed the finish line (in 2:46:41) and sobbed, “This is the first marathon I watched as a little kid, standing on Erie Avenue when I was 12. I wanted to win. I can’t believe it happened,” it was a golden moment for her, the marathon, and our city. flyingpigmarathon.com

Are you into running? How about beer? If you love both, you're a perfect fit for the @tqlbeerseries. Link in bio to register. #tqlbeerseries #runflyingpig #willrunforbeer

Gallery Revamp: Schmidlapp Gallery at CAM
Remember when this long hallway gallery had those dark beaded curtains around iconic works of art? Or before that, when antiquities and a mummy filled the space? All of that has been swept away. The courtyard wall has been replaced with floor-to-ceiling windows, and Saul Steinberg’s 75-foot Mural of Cincinnati, originally commissioned for the Terrace Plaza Hotel’s Skyline Restaurant, hangs opposite. Finally, the entry our grand dame deserves. 953 Eden Park Dr., Eden Park, (513) 721-2787, cincinnatiartmuseum.org

Instagram-Famous Bathroom: Please Potty
Instagramming a tasty dish at a restaurant is normal, right? At Ryan Santos’s Please in OTR, patrons are ’gramming pictures of the bathroom, too. The hash tag #PleasePotty has 600-plus Instagram posts (and counting!). Like the restaurant’s food, the restroom’s decor is a product of Santos’s creativity: He and a friend hand-painted its tiles with pastel geometric shapes. The unisex bathroom is built for one, but we won’t judge you for taking a group #PleasePotty selfie. 1405 Clay St., Over-the-Rhine, (513) 405-8859, pleasecincinnati.com

It's our 5 year dating anniversary, but more importantly I took this #pleasepotty selfie somewhere in between a whiskey shot at @longfellowcinti and an incredible 5 course meal at @pleasecinci. I'm going to meditate about it tomorrow. 🙏🏽 #namaste #sorryevan

Christmas Light Display: Pyramid Hill Sculpture Park
A two-mile drive through the park during Holiday Lights on the Hill provides a panorama of millions of tiny sparkles without leaving the comfort of your warm car. It’s open through January 1, including Christmas Eve and Day, and they charge by the carload, not per person—so stuff the minivan! 1763 Hamilton Cleves Rd., Hamilton, (513) 868-1234, pyramidhill.org

Team Effort: The Enquirer’s Pulitzer Prize
More than 60 reporters and photo/video shooters—practically the entire newsroom—fanned out in July 2017 to chronicle a week inside the heroin crisis overwhelming communities across the region. The resulting package of stories, published that September, earned The Enquirer a coveted Pulitzer Prize for Local Reporting, a first for the 177-year-old newspaper (its other Pulitzer was for editorial cartoons). cincinnati.com

Bee Support Group: Pollen Nation
Honeybee populations are in severe decline, and there’s a small group of passionate, nature-loving advocates working to change that. Pollen Nation, formed from the beekeeping effort at the Cincinnati Zoo, promotes what it calls “pollinator awareness,” educating the community and inspiring action. Beekeepers like horticulturalist Adam Martinez manage hives on zoo grounds and at the EcOhio Farm in Mason. They also set up at community events like the Bunbury Festival. If you’re a wannabe beekeeper or you just want to plant the best pollinator flowers, Pollen Nation can help you help save the bees. cincinnatizoo.org/conservation/field-projects/honeybees

Free Transportation: Oggo
Rejoice, pub crawlers! Bar-hopping in OTR, downtown, and Northern Kentucky has never been easier, thanks to Oggo. Request a ride through its mobile app, and a friendly driver will shuttle you and four pals to your next destination. Oggo’s five rainbow-colored six-door high-tech vehicles are cute as heck and environmentally friendly. The price beats Uber and Lyft, too—rides are paid for by corporate advertisements. That’s right, it’s free. We’ll cheer to that. letsoggo.com

So excited for the rest of the fleet to arrive! Who’s ready for free transportation? @letsoggo #lastmile #polarisgem

Grand Reopening: Museum Center at Union Terminal
Much like Music Hall’s renovation, the long, expensive makeover of Union Terminal resulted in noticeable cosmetic upgrades—everything from the limestone facade and fountains to the rotunda murals and wider, brighter concourses just shines—while the most impactful work happened behind the scenes to modernize the building’s bones. The famous Duke Energy Holiday Trains return for the season, so stop by and wander in wonder. 1301 Western Ave., West End, (513) 297-7000, cincymuseum.org

Fireworks Show: WEBN Labor Day Fireworks
Just when you start taking the Labor Day weekend fireworks for granted and stop remembering that WEBN is a radio station, the power and artistry of a full-bore Rozzi show thumps your chest and stirs your imagination. God bless WEBN for keeping this end-of-summer tradition (and station birthday celebration) going for 42 years.

New Volunteer Opportunity: Sweet Cheeks Diaper Bank
Cincinnati has one of the highest childhood poverty rates in the nation. Here’s a way to help fight it: donate cash, diapers, and/or your time to Cincinnati’s only diaper bank, in OTR’s St. Anthony Center on Republic Street. Volunteers cellophane-wrap diapers and founder and CEO Megan Fischer redistributes them to partner agencies serving families in poverty throughout Cincinnati—50,000 diapers go out every month. To that we say (baby) bottoms up! 1615 Republic St., Over-the-Rhine, (513) 402-1450, sweetcheeksdiaperbanks.org/volunteer

Pantsuit Politics (Politics)
American politics in 2018 could very well be summed up by two words: women and division. Enter Pantsuit Politics, a podcast started in 2015 by one female Northern Kentucky Republican and one female Paducah Democrat to tackle those topics. pantsuitpoliticsshow.com

Around Cincinnati (Pop Culture)
The New York Times said it best: “The arts are flourishing in Cincinnati.” Lee Hay, host of Around Cincinnati, joins special guests each week to explore what’s going on in the city’s art scene that seems to make it so special. wvxu.org/programs/around-cincinnati

Looking Up (Science)
Every two weeks the Cincinnati Observatory’s Dean Regas and Anna Hehman take listeners on a 30-minute journey to explore the universe above them with guests and topics ranging from NASA’s Scott Kelly to the light pollution that litters the night sky. wvxu.org/programs/looking

True Crime History (History/Crime)
Richard O. Jones has a knack for audio storytelling. The local historian lures us back in time through—at this point more than 200—eerie, mysterious, and sometimes shocking one- to two-hour-long tales that make us feel just slightly better about the mundanity of our everyday lives. truecrimehistorian.com/podcasts 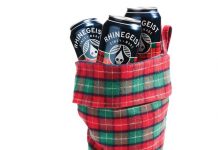 Best of the City: Booze 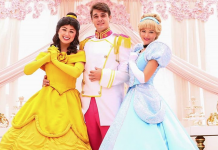 Best of the City: Service 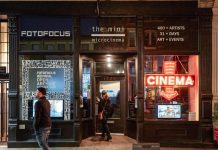