What’s the etiquette with kids at weddings? If it’s my wedding, should I invite kids, too? Should I just expect people to bring their kids? And if I’m going to a wedding, can I (or should I) bring my own kid? —Not a Kid Person 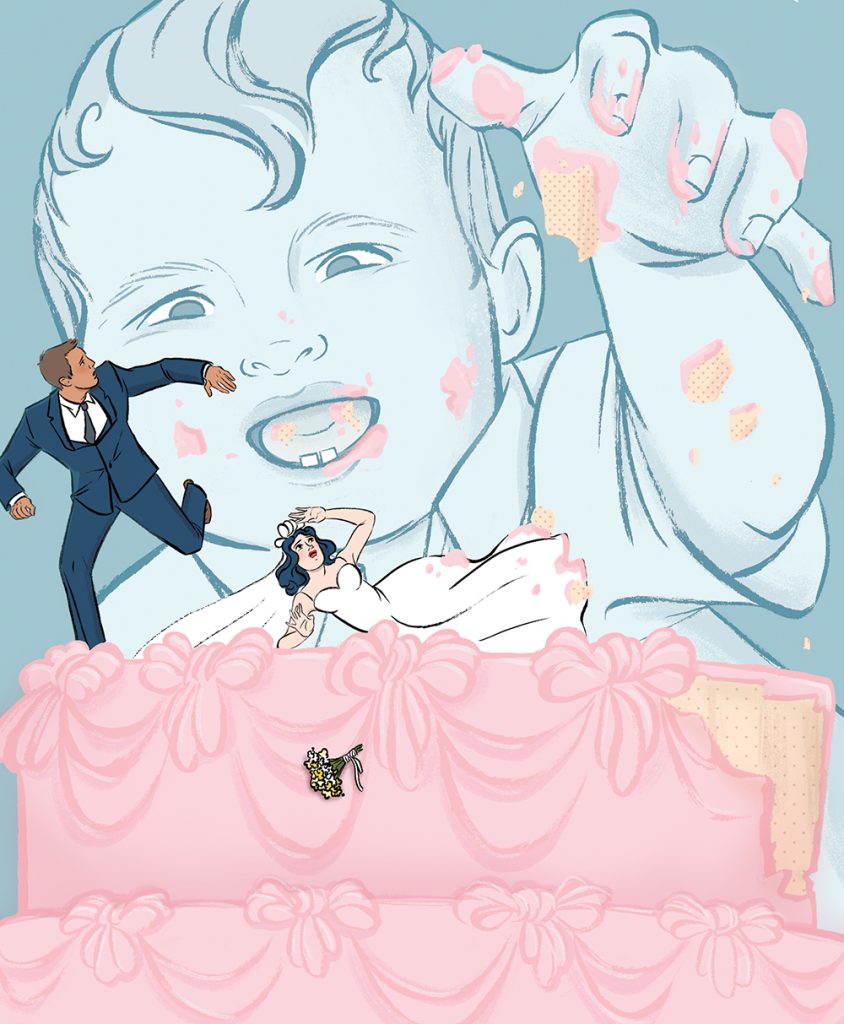 Dear Not:
Your instinct to ask is correct, because this is fraught territory. Kids at weddings can be great fun (Cute ring bearers! Flower girls dancing with the bride!), but the situation can quickly descend into tension, hurt feelings, and an overall bad time had by all. Here’s where I land: If it’s your wedding and there are kids in your family, you should probably expect that they’ll be at your wedding. Heck, you might even really want them there, but I don’t know your life. If you’re inviting a family member, it’s generally assumed that their child is also invited, since he/she is part of the family, too. To clear the air on this, you should probably address family invitations to the whole family, or name each member. You can also signal with a kid’s menu option on family invites. That said, family should take care to specify on the R.S.V.P. card that they’re bringing kids, if only so you can plan the catering order.

If you’re not into kids at your wedding, it’s hard to get around this part. Weddings are usually family affairs. Excluding children in the family is a clear anti-kid statement. If you’re intent on and prepared to do that, then Godspeed and I wish you well. I personally think it isn’t worth the drama. If you really don’t want any kids at your wedding, you might need to…how do I say this…freeze them out? Like, destination weddings in Aruba or midnight New Year’s Eve receptions are probably not going to naturally have big kid contingents. Just a thought.

As for children of friends, my assumption is that they’re not automatically included. As a guest, I would never bring my kid to a wedding unless she was explicitly named on the invitation. But not everyone follows this rule. If a rogue toddler does show up, there’s not much you can do about it in the moment. Squeeze them in, ask the caterer to round up some extra bread (that’s all they eat, you know), and move on. Just be glad you don’t have to chase them around.

I am currently in a wedding party for a friend. The bride’s older sister does not like the bridesmaid outfits and keeps bringing up her disapproval in subtle—and not-so-subtle—ways. She sent the bride links of other dresses a while ago, suggesting we wear those to the wedding and the original bridesmaid outfits to the rehearsal instead. At the bridal shower, she showed the bride a dress she bought and suggested we switch to those instead of the original bridesmaid outfit. She even tried to go around the bride, asking other bridesmaids to support her idea. She then said she would just buy the dresses for everyone and bring them (it’s a destination wedding) in case. In case what? I don’t know. For what it’s worth, the bride had to wear a brown bridesmaid dress with a cape (I kid you not) when she was in her sister’s wedding 10 years ago.  —Uncomfortable Observer

Dear Observer:
As much as I hate playing to the hyper-gendered, made-for-T.V. wedding drama narrative, you do indeed have a bridesmaidzilla on your hands. This particular situation seems to be informed by the offender’s relationship to the bride herself. Sisterhood is a beautiful thing, but it comes freighted with heightened emotions, snap judgments, and competitiveness, among other familial delights. I just can’t imagine a regular ol’bridesmaid taking these kinds of liberties, making this kind of scene, or feeling this entitled to an opinion. All of which is to say: Obviously the bridesmaid/sister has an inflated sense of self and is massively in the wrong here, which you seem to know. She’s being selfish, petty, and just plain unkind. Now what to do about it? She’s probably making her poor little sister miserable, but family power dynamics might prevent said bride from speaking up. That doesn’t mean you have to put up with it, but you don’t have to intervene, either. What you can do is offer moral support to your friend. Notice I didn’t bring up the quality of the bridesmaid dresses? That’s ’cause it doesn’t matter. It’s her wedding. And that shall be the theme of my response. It’s. Her. Wedding. Keep reminding her of that. Validate her choices, let her know that you’re on her side, and feel free to use any means necessary to distract her from this passive aggressive sibling ugliness. As for that brown-caped affair: Woof.