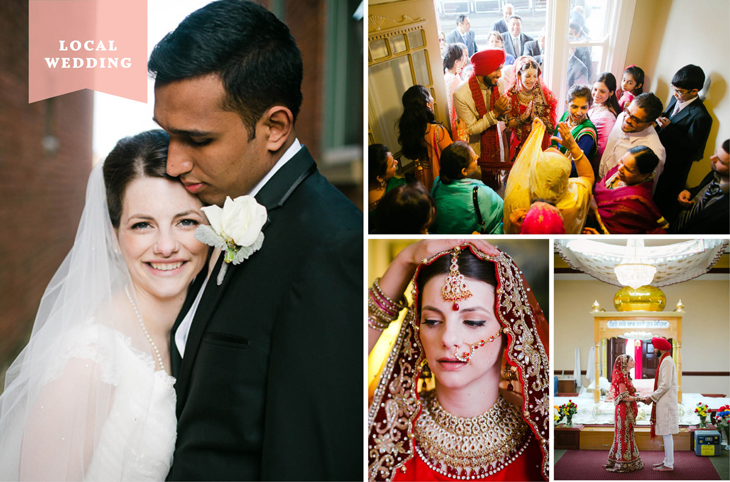 When longtime college sweethearts Angela Neyer and Sanjeet Grewal—who met as freshmen at Xavier and dated all throughout undergrad and graduate school—got engaged, they knew they wanted to incorporate both of their family’s cultures into their wedding ceremony.

Prepping for two very different wedding ceremonies required some creativity. A henna artist came by three days before the wedding and hand-drew the traditional designs on Angela’s hands, arms, and feet. Angela chose a hair and makeup style that would be appropriate for both a traditional Indian ceremony and a Catholic one, so she’d merely have to change outfits between ceremonies.

Sanjeet’s mother picked out Angela’s dress for the Sikh ceremony and reception while she was in India, while Angela chose her white bridal gown at home in Cincinnati. “[The whole thing] was super cool,” Angela says. “We wanted both of our families to experience a little of each culture, and have that opportunity to see where both of us came from. I think everyone had a great time and really enjoyed themselves.”