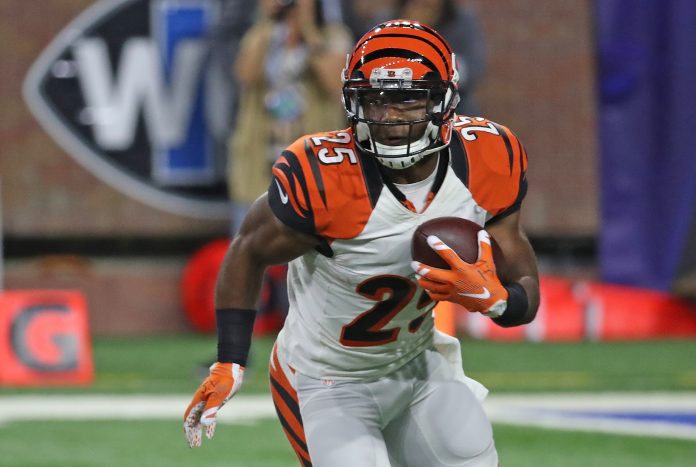 We all know the Cincinnati Bengals have made the playoffs each of the last five years. We also know that with a 2-4 start to this season, things need to change quickly if that streak is to be extended to a sixth year. A hallmark of each of the Bengals past five teams has been a dependable and productive ground game. From 2011 through 2015, the fewest yards on the ground the Bengals achieved over a full season was 1,745 in 2012. This season, through six games, the Bengals have only amassed 539 rushing yards, putting them on track to finish with 1,168 yards, according to ESPN’s current player projections. Some easy math will tell you that’s almost 600 yards fewer than their worst year in recent history. In fact, going back in time, I could not find a Bengals team that ever ran for that few yards. The lowest was the 1995 team that ran for 1,439. Which tells you how shockingly bad this run game is right now.

The reasons for this are many. It could be chalked up to scheme, blocking, performance of the running backs, or poor play-calling. I think all of those ring true to some degree, but there’s only one person that I believe is capable of turning around the team’s fortunes: Giovani Bernard. Pundits and experts spent the off-season clamoring for Jeremy Hill to return to his 2014 rookie season success. But with injuries, an essentially rookie right tackle, and a rookie offensive coordinator, it probably should never have been seen as in the cards. Hill is a downhill runner with moderate speed, but he shines when he’s able to build momentum. The way the line is blocking, there’s very little chance for Hill to get to speed, as the Bengals running backs have all too often been stuffed at or near the line of scrimmage. Bernard, on the other hand, is an entirely different beast, and right now, an all-around greater threat to a defense.

Gio may not be the physical specimen that Hill is in terms of size and strength, but he’s more polished in all aspects of the game. As a runner Bernard is decisive and reads his blocking, or what little of it he may receive. In the above GIF he turns what would normally be a tackle for a loss into a seven-yard gain by using his agility and elusiveness to force broken tackles. When running plays have solid blocking he reads it fast, attacking the open hole and not dancing in place or stringing things outside. Even if it’s only for a few yards, Gio does his best to maximize on potential yardage. In pass blocking, he’s leap and bounds beyond Hill when it comes to protection. Despite his smaller frame, he rarely whiffs and uses good body placement to attack defenders. Hill is strictly a runner and occasional receiver, as evidenced by his holding penalty and whatever happened on the safety sack this past Sunday. But especially as a receiver, Bernard provides a necessary dynamic that Hill simply cannot match.

The diversity in Bernard is just incredible. He can line up behind the quarterback, as a sidecar in the shotgun, or out wide as a receiver. When Hill is checked into the game, teams can key in on the run, because that’s pretty much what Hill is good at. He can’t run a hitch and go like Giovani does in the clip above. When used effectively, Gio’s speed and burst make him an absolute nightmare. He gets a mismatch with a linebacker and makes it all too easy. Had Dalton not slightly underthrown that pass, it would have absolutely been a touchdown. The quick feet to break off the double move also is emblematic of how great he is at changing directions. Did you forget about the fantastic touchdown he had against Miami a few years back?

As a runner, receiver, blocking back, and just general playmaker, the Bengals need to put the best talent on the field. I don’t think it’s any coincidence that the offense did better this past week with a heavy dosage of Bernard while Hill was nursing a hurt shoulder. But even with Hill only taking limited snaps, it still seems like the offense is trying to focus around Jeremy, while just using Bernard because they needed him to be more than a spell this week. Instead, keeping Gio in as the primary back should be a focus. With an inefficient offensive line, a lesser receiving group than last year, and missing your best tight end and top redzone threat, the Bengals need to put their best athletes on the field. To put it simply, Gio can score on any given down, in any given position. Hill is an excellent back if the supporting cast is there. Which is great—but right now it isn’t there. Gio creates more of his own plays. If the team is set on sticking to that motto of “Pound the Rock”—and even if they aren’t—they should look no further than Bernard.