I’m pleased with this selection because, as I’ve mentioned, I think he sounds like an Irish rapper. His name, not when he talks, I mean. People are questioning his attitude because he was charged with marijuana possession. However, those same people are forgetting that the charges were dropped when one of his friends told police that the pot was his, and not Dre’s. Inspiring this sort of loyalty from your friends is exactly the kind of thing Tim Tebow does, and, as such, speaks well of Kirkpatrick’s leadership skills. I move to make him a defensive captain within the year. Also, said friend told police Dre had no idea that there was even marijuana in the car, and when someone loses their sense of smell I’ve heard their other senses become heightened, which would be very useful in a corner back.

I was as surprised as anyone when the Bengals passed up the chance to acquire David DeCastro, but the more I learn about Kevin Zeitler, the more I like the call. The Bengals have had good success in the mid-rounds, and moving down for Zeitler accrued a bonus fourth rounder. More importantly, he’s so intense that once, upset with his performance, his attacked his own head so hard that it bled. I don’t really have a joke about this. He also scored superbly on the Wonderlic Test, which means the Bengals may have drafted a brilliant psychopath. I love it.

Still endeared himself to Ben-Gals everywhere when the 300 pound man-mountain started crying as his name was called. It’s not entirely clear whether his tears were caused by joy at being drafted or, as a Steelers fan, devastation at being taken by the Bengals. Either way, the Big Ten Defensive Player of the Year was an absolute steal in the second round.

Surely the feel-good story of the draft was the Rutgers wide-out being prank called by some idiot on Thursday evening, pretending to be from the Bengals and saying that the team was picking him in Round One. That’s not the end of the feel-good story, obviously, as the next night the Bengals really did take Sanu. The big question is just how easy is it to get an NFL player’s phone number?! (To be fair, anyone who’s met a woman under the age of 25 from the Greater Cincinnati area and heard of Rey Maualuga would probably say “pretty easy.”)

A.J. Green’s old catching buddy was a highly rated tight end coming into the combine. He’s tough, can block, and has good hands. He’ll be a great addition to the offense, and it’s amazing he was available in the fourth round. Oh wait, I’ve just remember he was busted with marijuana at the combine. Ah well, say what you like, we’re consistent.

Jones could be one of the Bengals hottest picks. He’s smart, tough, and productive, despite playing in a mediocre offense. However, his middle name is Lewis, so it’s possible Mike Brown was just getting tired on Sunday, mis-dialed his Head Coach, and was too embarrassed to explain his mistake, especially after the earlier phone confusion.

The Bengals haven’t won a play-off game since they had a player with a “boom”-based nickname. The late-round Buckeye rectifies that.

All jokes aside, there’s a reason the Bengals received high grades across the board. They took smart, tough players and after two years of excellent drafting (four Pro Bowlers from the last two drafts leads the league), the Bengals continue to put together a talented, physical roster with huge upside.

A solid “A.” Who can believe it’s only four months until we see them in action? 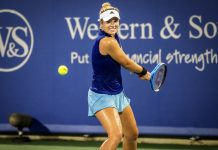