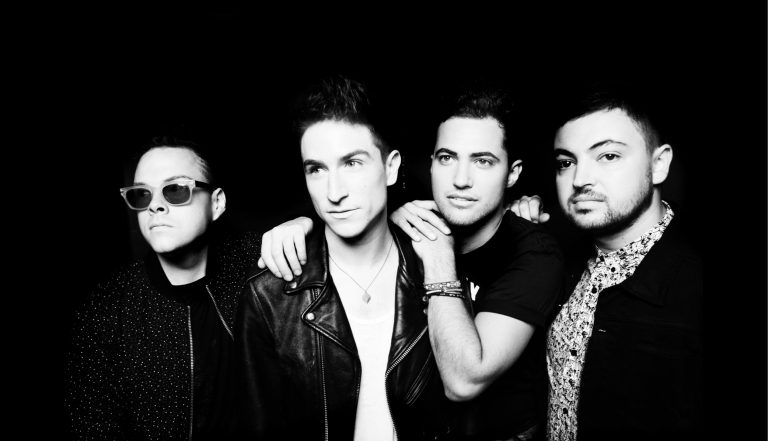 The biggest challenge of Walk the Moon’s sophomore album has been managing the anticipation. The Cincinnati-based indie-pop quartet signed with RCA Records and put out their first official album in the summer of 2012 on the strength of their hit single, “Anna Sun.” After two years of radio play, appearances on the late-night TV circuit, and non-stop touring, there’s been plenty of hype surrounding the band’s new album, Talking Is Hard, which comes out Dec. 2. “Once you’re on a major label there are some expectations,” says guitarist Eli Maiman. “If you let that get in your head, it will definitely gnaw at your creative flow. A lot of this record for us was just blocking out the external noise and focusing on who we want to be.” While writing the album, the band rented a Masonic lodge in Dayton, Kentucky, and holed up there for six weeks, working 12 hours a day, six days a week. The end result: 12 new tracks and a retro ’80s vibe, with songs like “Sidekick” channeling George Michael’s “Faith” and the record’s first single, “Shut Up and Dance,” blending the group’s customary dance-rock sound with an Eddie Money vibe. “We really weren’t afraid to explore any sonic territories,” says Maiman. “I think people will be surprised by the sound of the record, and we’re excited to see how they react to it.”