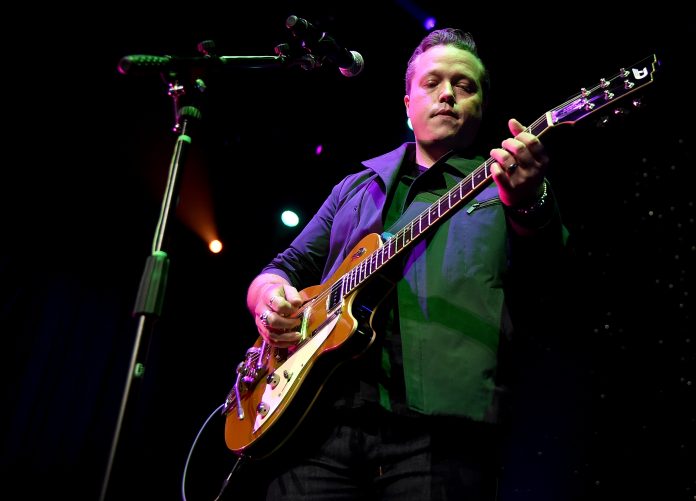 There’s been a southern rock revival of late, and singer-songwriter Jason Isbell is the man in the pulpit—even if he’s too humble to take credit. Set to play Taft Theatre on back-to-back nights this month, the Alabama native and former Drive-By Truckers guitarist discusses his sobriety, the power of rock and roll, and why time (and music) is a flat circle.

You’ve had so much success of late with 2013’s Southeastern and especially 2015’s Something More Than Free, which hit #1 on the country, folk, and rock charts and #6 on the Billboard 200. How has your life changed the past couple years, from a fame and notoriety standpoint?
Not much, really. That kinda stuff, you have to go looking for it. A couple months ago I played this thing at the arena here in [Nashville] that was a benefit for the Country Music Hall of Fame. Keith Urban and Vince Gill put it on, and Luke Bryan and Florida Georgia Line were there. Those people, they probably have a hard time leaving the house without getting hit-on by people. For me, it’s not that big of deal.

I’m sure being in Nashville helps with that.
Yeah, there’s usually someone more famous than me at the grocery store when I’m there.

There’s always a lot of talk about what category of music you “belong” to, and I know that’s something you don’t really care about, but I think the question stems from the massive impact you’ve had on southern music or country music—are you aware of that impact?
I’m glad that it’s hard to figure out where to put me, because I don’t aim my songs at anyone in particular. I don’t have a country audience, or rock audience, or folk audience, so when I’m writing a song, I don’t have to think along those lines or on those terms. I can write any song I want and feel like there is going to be an audience for it because there are people from all those different genres that seem to enjoy what I’m doing. I still feel like I’m in a rock and roll band. I’m trying to do something similar to what Tom Petty did, what Springsteen did, what Bob Dylan did for that matter. My songs have all the trappings of folk music, but rock and roll for a long time was folk music turned up. I think that’s what we’re doing. I always thought it was a bad thing that people couldn’t figure out what category to put me in until we were on a bunch of charts at once. Maybe that worked out for the best.

Your songwriting is always hailed for its raw honesty. Are you that way in your day-to-day life too, outside of your music?
Yeah, I like to think so. That’s a big part of me staying grounded and staying sober. I think honesty is a huge part of that. If I’m feeling a certain way, I have to figure out a way to get that out. Sometimes it’s writing a song, sometimes it’s a conversation with someone in my family or a close friend. If I keep those things inside for fear of protecting an image, then I’m gonna wind up going back to the bottle.

But there’s also a calmness to your voice and your music, even when singing about those very personal, emotional subjects—is that a conscious decision?
It comes from patience as much as anything else. That’s been a hard thing to develop for me over the years, but I think it’s always a hard thing to develop. I think it’s supposed to be. I don’t have as much fear. I think patience is one of those things you gain when you get over the fear of waiting for something to happen. I don’t feel like I need to shock the audience to keep them entertained. The last couple records especially, there have been a lot of quiet, acoustic moments on those albums, and when I first started touring behind Southeastern, I wondered if it was going to bore everyone to tears. Is the crowd going to get restless on me? I was in a rock band for a long time and we used to beat them over the head with volume and intensity. I found out that the audience I have been lucky to reach, they respond to different kinds of intensity. You can have something narratively or emotionally intense without having to be loud and fast all the time. That gave me the confidence that I needed to be patient. I don’t feel like I have to do it all at once. When I listen to someone like John Prine or Don Williams or Waylon Jennings or Merle Haggard, they’re very patient. They don’t sound anxious at all. Merle might know that the best lyric of the song is coming in the last verse, but he doesn’t seem to be in a hurry to get there.

Are you surprised at all by how your brand of southern music has been embraced by so many people outside of the South?
No, I’m not surprised by it. I thought it would have happened sooner. I was surprised 15 years ago when I started touring to find out people aren’t really all that different. There are people in Michigan and upstate New York and northern California who are just as country as anybody from Alabama, Mississippi, or Georgia. They have the same concerns. They don’t all believe the same things, the same way. There are people all over the world who are very progressive, very intelligent, but also know how to milk a cow. I think it makes a lot of sense that the music we’re making translates to those folks.

You’re a relatively new father. Has that impacted your songwriting much yet?
I think it will find its way in there. The way I write songs, I feel like its informed by the way I live my life—those two things go hand-in-hand. Having a baby around certainly makes you see more detail and understand the process of learning in a different way. They have to start from scratch. It’s opened my eyes to a lot. I don’t know if it’s necessarily literally found its way into the work that I’m doing just yet, but I believe that when you’re experiencing something, it takes a little time before you can really digest it and reflect it in the work.

I know you are a big admirer of Bob Dylan. I’m curious—have you ever met him?
No, never met him. I’m a big fan, so I don’t know if I would want to.

Well that’s why I asked, because I know you’re also very good friends with Todd Snider, who wrote that great piece to the Village Voice a few years ago about why he’s afraid to meet Dylan, because he wouldn’t know what to say to him. Sounds like you feel the same way.
Yeah, I’m not interested in it. Now if he came to me—which would probably never happen. Though I never thought it would happen with Springsteen, but Springsteen did. That’s a different thing, you don’t hear a lot of bad Springsteen stories, but there are a lot of Dylan stories floating around. I don’t have a need to meet the man. He’s fulfilled his obligation to me and then some by writing the songs he has. But if we wind up in the same room, I’m definitely going to take the opportunity to say hello. I’ll either have a friend or a helluva good story.

There seems to be this concept attached to you by fans and critics that’s something similar to Springsteen or Dylan, the idea of finding truth or salvation through music. What’s your take on that? Is that something you buy into?
That’s attached by me. The fans and critics picked up on it, but that was the goal. Now that we have graduated past the idea that rock and roll is of the devil, music is one of those things you can become addicted to that can actually benefit you. As a child, when bad things were happening—when my parents split up, when I lost family members—I funneled all of that energy into rock and roll. Studying it, how to create it. It saved me then just like it did four years ago when I quit drinking and started focusing more on my work. It’s picked me up out of the grave more than once.

So do you still worry you’re going to “die in a Super 8 Motel?”
[Laughs] Y’know, I don’t see it happening anytime in the near future. But music is a cyclical thing. If I was touring and needed to get back in a van and stay at a Super 8, I would do it. Things come and go. 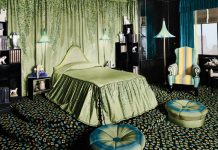