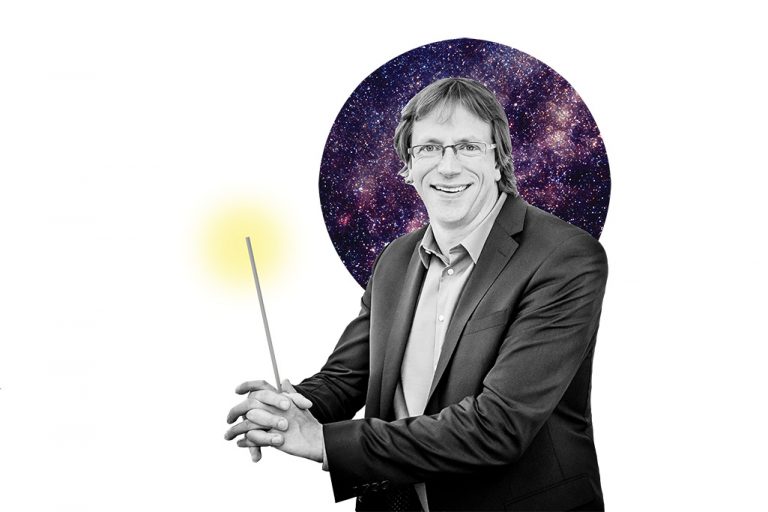 Audiences will officially meet Maestro Eckart Preu (rhymes with joy) as the Cincinnati Chamber Orchestra’s new music director in August, during CCO’s month-long Summermusik festival: 13 performances in venues around town, including some unusual spots. Although the native of East Germany mans the podium of three American orchestras, he also enjoys spending time in the kitchen. But not for the reason you’d think.

You started conducting as a child. Well, conducting recordings. I had my first baton when I was 10, self-made from a coat hanger and a wine cork. I had an interest then mostly because my older brother, Hans-Peter, was interested in conducting.

When did you finally face live musicians? I attended a boys’ choir boarding school between ages 10 and 18. Older students had a chance to become assistant conductors, and I did. It was miraculous—the idea that you raise your arm and all this sound comes out. Once you taste musical success, it’s hard to let go.

How important was the festival concept to taking the CCO job? The only reason it was feasible was because it was a summer festival—I have two other orchestras in Spokane, Washington, and Long Beach, California. I, of course, also liked the idea that the orchestra here is innovative.

You have some pretty cool concert venues this summer: MadTree Brewing, Drake Planetarium, a barn… Yes! We want to destroy some of the negative feelings about classical music. Depending on the location, how you perceive a Mozart string quartet or even Beatles music can be so different. And you’ll have a 20-year-old sitting next to a 70-year-old.

What is your guilty musical pleasure? My guilty pleasures aren’t musical. I actually love silence. It drives me crazy to hear music at a party. I know I’m the only one, but when there’s music on, I can’t do anything but listen.

What else would people be surprised to learn about you? I love doing dishes. You wash them, they’re done, and you can see that they’re done. You do a performance, and it’s over. That’s why musicians are driven to keep doing it. Music is always unfinished.