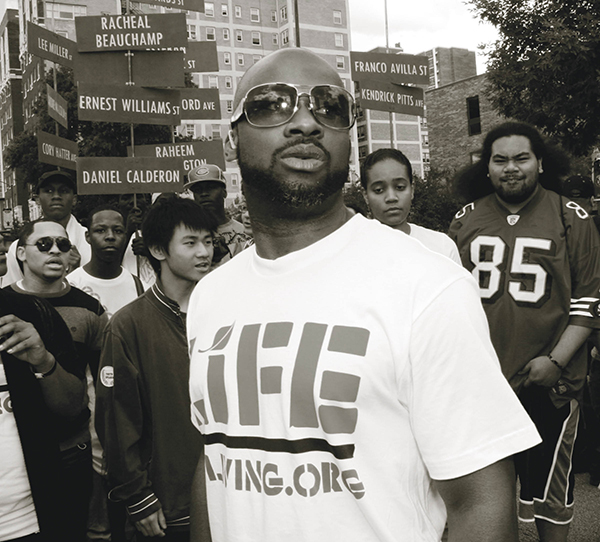 If you’re looking to categorize Marc Bamuthi Joseph, close your eyes. Now aim. He’s a moving target, pigeon-hole-wise, which may be part of the reason his art speaks to so many different kinds of people, earning him an international reputation as a dancer/choreographer, writer, spoken-word artist, and teacher. But one thing that underlies all of the work of this Queens, New York–raised son of Haitian immigrants is his belief in the socially transformative power of art.

This month the Contemporary Arts Center hosts Joseph in red, black & GREEN: a blues, a theater piece that the artist, who now lives in Oakland, California, calls “a performed document that looks at survival practices across ‘African America.’”
Red, black dramatizes a cross-country happening the artist produced earlier, taking into account, Joseph explains, “the people we’ve met and the contradictions we’ve engaged…and the heartbreaking elements as well.” Expect to be engaged: The first part of red, black involves the audience mingling onstage.

“The play opens as soon as the doors to the theater open,” Joseph says. “There’s an immediate intimacy that carries over across the entire breadth of the piece and makes it totally unique…. The first 20 minutes or so, I call it ‘the echo of the as-yet.’”
Mark your calendars, and listen for the echo.

Summerfair Supports and Uplifts Local Artists in Every Season