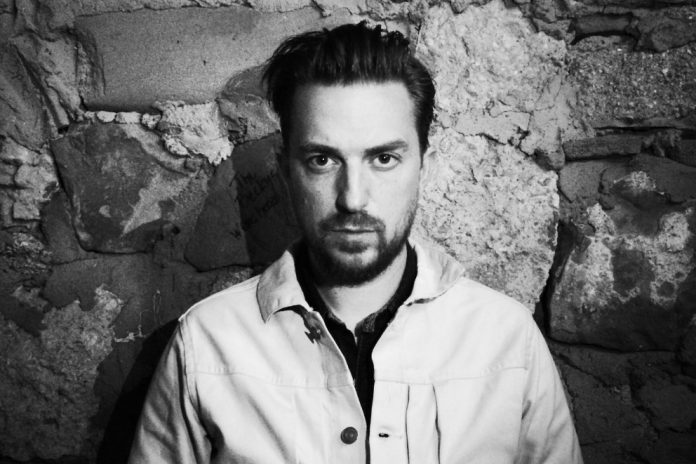 When JD McPherson lost his job as a middle school art teacher a few years ago, he was left with two options: Play the application game and find a new position, or jump all the way into his music and try to make a living. He chose the latter option, and it worked out pretty darn well for him: McPherson is coming off the heels of a sold-out European tour and heading into a heavy tour across the States to celebrate his band’s new record,  Let The Good Times Roll, which dropped in February.

McPherson graces the Queen City with his retro-rock April 11, so we got him on the phone to talk about his life transition, where he gets his style, and some conspiracy theories about 1950’s rock ‘n’ roll.

Why early rock ‘n’ roll?
I was playing guitar when I was 14 or 15 because my older brothers were, and they were into stuff like Led Zeppelin and Cream and Jimi Hendrix. And so, you know, that’s guitar music. I was into that stuff, but then I started getting into punk rock, and punk rock was pretty much the opposite of that music; it was much more immediate, shorter songs, no frills, no decoration at all. And you know, its really easy to get into that sort of music when you’re 15 years old. But once I did hear the early rock ‘n’ roll stuff, it kind of made sense to me what The Ramones were doing. You know, they were simplifying it, keeping it rock ‘n’ roll and keeping it from growing up, I guess. And what I liked about the early stuff was that it had a lot of energy and it had a real exuberant sort of existence but at the same time had the really good guitar pickers. So it kind of all clicked.

When did you realize you really wanted to make music?
Well I always had a band going since I was about 16. If something was winding down I’d start something else. All kinds of bands. I’ve played in country bands and punk bands and all this kind of stuff. Probably the most valuable lesson I learned early on—and it was really the punk rock stuff that taught me this—was a lot of people that were into punk rock, you had to be a certain thing. You had to have a leather jacket with studs on it and you had to have liberty spikes and bondage trousers, a certain kind of boots, and like this band and not this. But that was really the antithesis of the whole thing. I really enjoyed bands like The Minute Men and Bad Brains that really sort of distorted the notion of what the definition of punk rock was. Basically it was pursuing your interest and expressing your own voice in a very aggressive way without having much money and relying on nothing but your own wherewithal to make that happen. I really like the idea that there could be so many different voices. If you look back at the bands that were happening, that all those bands are together in one aisle of the record store, that’s amazing. They’re all so different. My real number one love has been the first expression of rock ‘n’ roll, and it’s the most fun stuff to play. But I’m not afraid to let other things creep in.

Rock ‘n’ roll  has always had an aspect of putting on a show, like a spectacle aside from just the music, often drawing a lot from passionate displays of raw emotion. What’s it like to do that on stage?
It definitely helps when you have a really great bunch of musicians—like-minded folks to play with—and you’re well rehearsed by playing hundreds and hundreds of shows in a row. It definitely helps to bring that, to let yourself turn your brain off a little bit and just play the songs, and it’s my favorite thing in the world to do. I mean, I’m generally kind of a shy, uncomfortable person, but that’s the time when I feel pretty comfortable. It didn’t always use to be that way; I used to be terrified to play, but it’s better now. It’s a really comfortable place to be.

What has been your goal moving forward as a musician and on this album?
Well as far as like large, big-picture goals, I’ve already surpassed any goals I was setting. I never thought it would be possible to do it for a living. I’m just enjoying working now. But for this record, we’re really proud of it. We’ve been touring nonstop for three years on the first record. To have the new material and to kind of have a new avenue is really rewarding, so I’m just looking forward to hitting all the cities a couple times and performing this stuff, and new material is starting to emerge so we’re hoping to get into the studio a lot quicker than last time.

You’ve experienced a major life twist, going from standing up in front of a middle school class to standing on, say, Letterman’s stage in front of a nationwide audience. What’s the feeling of that experience going from A to Z?
I lost my job and I had a little time to find another job, and was getting some interest in Europe for touring and playing some festivals. But when it became apparent that I was going to do this, it was so many small, incremental steps that led to the ‘Y’ or ‘Z.’ Obviously it takes some growing pains, but it was so much work to make that happen. We were touring as a trio and making almost no money and then little by little things start working out, you start making friends on the road, playing the same place and moving to a slightly larger place. Next thing you know that work starts paying off and you start to see it come back to you like in radio play or the Americana charts which have been a very nice little home for us. It’s funny, it’s hard to explain but it didn’t seem like a shocking turn of events. The most shocking thing that happened was that I lost my job and was like, How am I going to make this happen? After that, man, it was just a lot of work. That’s probably the most important thing is just really, really putting your nose to grindstone, and if you do that and really believe in what you’re doing, good things will come back.

How has it affected your family life?
It was really hard the first year, but we all sort of agreed that we would give it a year. And of course, to all of the sudden just being touring—we did more shows that first year than I had played ever in my life—was really difficult. But once we sort of got our roots in and had a little circuit we could do, things started to settle down a little bit. Once that happens you can start having a schedule. Once in a while you get a month and a half off, which is amazing because at this point I feel like when I’m home, I am home.

Could you name one or two musicians you would call your most significant influences?
No, I mean, well it changes a lot. I’m really into the stuff that Chan Romero and Ritchie Valens did on DelFi, because it was rock ‘n’ roll but it was pretty garage-y and it was guitar based. I’ll always love Little Richard, my favorite. I hear Little Richard come on the radio and it makes me want to drive through something. It’s awesome. I’m a huge Joe Strummer fan from The Clash. I always kind of looked at him as a musical exponent of the beat generation. He had that real sort of earnest attitude; his music also had a lot of stuff that he wasn’t afraid to do, like high kicks on stage. I love that mix. It’s like the bebop guys, the jazz guys…what they were doing was intellectual, but they were also cool.

Are you a big fan of Elvis?
I like, love Elvis. I don’t know how anybody can’t. I think sometimes people say they don’t like Elvis to be subversive.

Just like with The Beatles.
Yeah, if you say you don’t like The Beatles, I have absolutely no time for you. But Elvis is so cool, and was a great singer. He doesn’t really get a lot of credit for being a great singer, but he really was. He had a really good mind and was an interesting figure also. But man, yeah, Elvis was the coolest.

In your recent Rolling Stone interview, you talked about the powerful “suits” who definitely made moves in a conspiracy against rock ‘n’ roll in the 1950s. What happened there?
Well, I’m not a paranoid person, but it’s pretty easy to figure out what was going on. It doesn’t take much to say that at the height of his career, at the height of when he was really making an impact on people, Elvis got drafted into the army. You know, calm him down a little bit, cut his hair off, it was symbolic. It’s pretty easy. Elvis payed a lot in taxes, so it was worth thinking about for a moment, but they definitely drafted him and put him in Germany and kept him safe but kept him out of view for teenagers. And there was a lot of bad stuff happening to rock ‘n’ roll stars at that time. Chuck Berry certainly got into a lot of trouble with the law over some complete BS laws at the time. I mean, you can go back and, especially in the south, you can see state and government leaders actually making films about how they need to do something about that music because it was bringing teenagers of all colors together. There was an Alabama White Citizens Council video [Caution: offensive language] that you can see. It was the first time teenagers had something that wasn’t necessarily their parents’ ideas, and it was fun and it had  energy and was kind of dangerous. Definitely there were some moves made by the man.