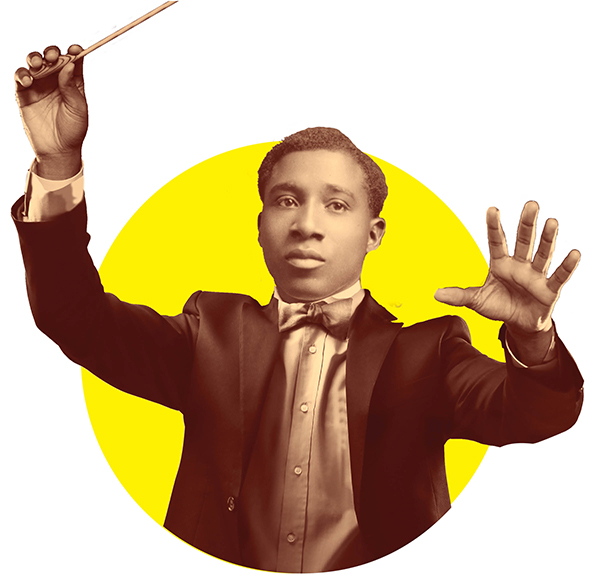 Photograph courtesy of the Library of Congress

This month the May Festival Chorus takes on Robert Nathaniel Dett’s oratorio “The Ordering of Moses.” It’s a small piece of music—and Cincinnati—history. The May Festival has always strongly believed in Dett, so much so that in 1937 they gave “The Ordering of Moses” its world premiere. That year’s program called the piece “worthy of performance…the effort of an American and, what is still more significant, the musical expression of a typical factor in American life.” This was a big deal: Dett was an African-American composer. Born in Canada, he studied at Oberlin and gained a reputation as pianist, composer, and teacher. “Moses” was an ambitious work that twinned the story of Moses leading the Jews out of slavery with African-American spirituals. To celebrate Dett as an American composer was meaningful at a time when the May Festival itself was off-limits to African-American performers. This led to the presumed awkwardness of an all-white chorus and soloists singing music deeply tied to the slave experience. (The May Festival presented “Moses” again in 1956, this time with leading African-American singers.)

The 1937 premiere was aired by NBC on a national radio broadcast, but before the finale, an announcer interrupted to say the broadcast would end, like, now. The unofficial explanation for the shutdown was that NBC had received numerous complaints from white listeners enraged that a black composer had been let onto the symphonic stage.

Fast forward to today: The CSO and May Festival Chorus will perform the work on the Festival’s opening night, May 7, and then take it to Carnegie Hall on May 9 as part of the “Spring for Music Festival.” That performance will be broadcast on radio, and streamed live in Washington Park. This time they’ll make it to the finish.