Cincinnati, like so many other cities, has shifted and changed through the years. Buildings continue to spring up and businesses come and go as new generations of Cincinnatians shape their homes and make their own marks on the city. Through this change, many stories are seemingly forgotten to time. That’s where  Urban Roots comes in.

When the podcast launched last summer, the show’s creators—Deqah Hussein-Wetzel, a Somali-American historic preservationist with a degree in urban planning from the University of Cincinnati, and New York-based journalist Vanessa Quirk—wanted to tell the stories of triumph and heartache of Cincinnati’s Black centers, focusing on Avondale, Evanston, and South Cumminsville. In the new season, Hussein-Wetzel and Quirk take listeners to locales beyond the Queen City.

The five new episodes highlight how women and the racially marginalized contributed to the development of their own cities. Locations featured include cities across the United States, such as Indianapolis, Los Angeles, and Brooklyn.

“We wanted to center season two around stories of women and people of color who shaped the places they called home,” Hussein-Wetzel says. “We decided to focus on the stories of extraordinary Black women like Biddy Mason and Madam C.J. Walker, who have had a lasting impact on the built environment in Los Angeles and Indianapolis, respectively.”

Biddy Mason’s tale was of particular interest to Hussein-Wetzel and Quirk. As an African American woman born into slavery in 1818, Mason had a true rags-to-riches story. When she passed away, Mason was considered to be one of the wealthiest Black women in the western U.S. and had a profound impact on her community. The new season has two episodes dedicated to telling Mason’s story and the significance of her life and her legacy beyond her death.

“Turns out, she was incredibly influential,” Hussein-Wetzel explains. “[She was] not just responsible for organizing the city’s first Black church but also purchasing much of the land that would become downtown Los Angeles.”

Season two of Urban Roots premiered on Juneteenth, which marks the day (June 19, 1865) that enslaved people in Galveston, Texas, found out that the slaves in Confederate states had been freed—two and a half years after the Emancipation Proclamation was issued. The holiday became a federal holiday last summer. With the podcast’s goals in mind, this release date seems incredibly fitting.

While the podcast grows into bigger cities nationally and internationally to uncover a wider range of untold histories, spotlighting the lives of African Americans, Latinx, and Indigenous communities, its success stems from its Cincinnati-centric first season.

“All the positive feedback and recognition is humbling and really makes us feel like we are starting to achieve our project goals, which include combatting racism, recognizing underrepresented people and their communities, and working to help tell stories of minorities in the most authentic way possible,” Hussein-Wetzel notes.

Telling stories beyond the borders of Cincinnati was a way to draw attention to the problems associated with the erasure of contributions from marginalized communities. “After we completed our Cincinnati season, and honed our approach, we knew we wanted to replicate this model and tell similar stories from across the U.S.,” she adds. “They are part of a greater American history that, especially in today’s racially-charged climate, we would be wise to confront and remember.”

New episodes are available on the streaming platforms Spotify, Stitcher, and Apple Podcasts on a bi-weekly basis. 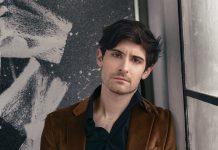