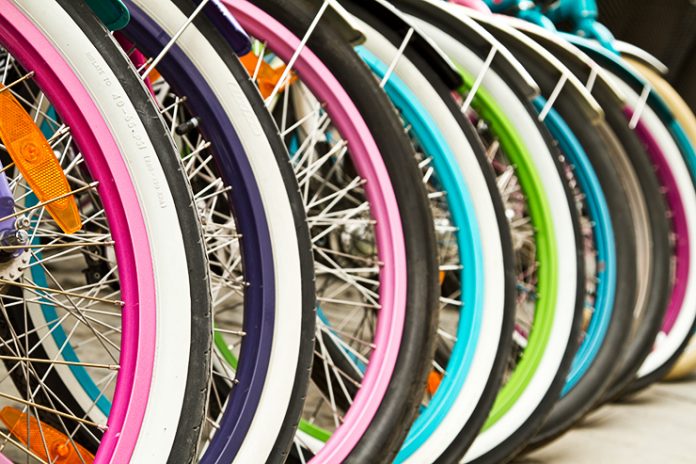 There’s still time to get in on the action. The Chefs Against Cancer team (for Sunday’s Ride Cincinnati for breast cancer research) has been peddling away and raising funds since April. In fact, the following members have committed to ride the full 62.8 miles: Stephen Swanton from Jean-Robert’s Table, Sean Curran and Courtney Smith from Chef’s Choice Catering, Alfio Gulisano chef/owner of Alfio’s Buon Cibo, and Francisco Alfaro from Salazar.

Jean-Philippe Solnom, chef/owner of French Crust, is one of the most advanced riders in the group. Not only will he ride the full 62.8, but he’s also played a major role in training less-experienced members of the team. “He patiently rides as slowly as we need and really stuck with Wendy during her first long ride after her most recent reconstructive surgery,” said Andrew Vogel. Vogel and his wife Wendy, a recent breast cancer survivor herself, organized the team earlier this year. They’re thrilled to announce current pledges exceed $4,000, and they hope to hit the stretch-goal of $5,000 before the race commences.

At least 16 industry professionals are currently confirmed for participation. Jeff Ruby’s Steakhouse sous chef Arik Messerschmidt has pledged to ride 45.2 miles. Inspired by their employee’s commitment, the Ruby Group generously pledged $1,000. Jared Whalen, former chef de cuisine at Jean-Robert’s Table, is currently down with a broken ankle, but lent Andrew Vogel his road bike for the race. Jean-Francois Flechet, owner of Taste of Belgium, will fortify the chefs with waffles, and Matt Buschle has threatened to spray the riders with Faygo as they roll by his restaurant, Virgil’s, located directly on the race route. Perhaps Buschle would consider cups.