Oktoberfest season is here, and whether you’re celebrating downtown, at the Germania Society, in Newport, or at many other local fests, you’ll surely need one of these hardy German brews. Grab a stein and check out the German-style biers brewed by some of Zinzinnati’s local breweries. Prost!

Returning to the tap this year is the Cartridge Brewing German-style duo Panzer and Sherman. Panzer is a smooth, hoppy festbier with a malty flavor. On the other hand, Sherman is a bold and deep lager that is a stronger version of the traditional Oktoberfest brew.

Franz, Rhinegeist Brewery’s Oktoberfest beer, is their first take on a German brew. It may not be the most traditional, due to it containing an ale yeast rather than it being a lager like most Oktoberfest beers, but it is heavily inspired by tradition. With Pale Ale, Munich, Vienna and CaraMunich malts, Franz has a rich, nutty flavor.

Taft’s Brewing Company’s seasonal-exclusive festbier is back for another year. Oktubberfest, a german-style lager, is a lighter beer and a refreshing drink with a golden-orange hue, light hops and German malts.
1429 Race St., Over-the-Rhine, (513) 334-1393, taftsbeer.com

Northern Row Brewery and Distillery features three traditional German lagers on their tap list. Hustler is a helles lager with a crisp and true to tradition taste. Riveter is a dortmunder, darker than a helles but still light-bodied, with hops and solid malts. If you want to go a different route, Designer is a traditional German-wheat beer with notes of banana and clove esters.

Samuel Adams Taproom has two German-style beers on tap, which only makes sense as Oktoberfest Zinzinnati is presented by Samuel Adams. The Cincinnati Lager is a traditional German malt with American hops, a blend that is a nod to Cincinnati’s brewing history. Octoberfest has a smooth caramel flavor that fits right into the fall season. 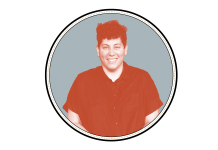 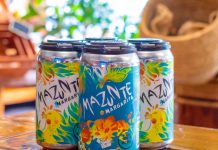