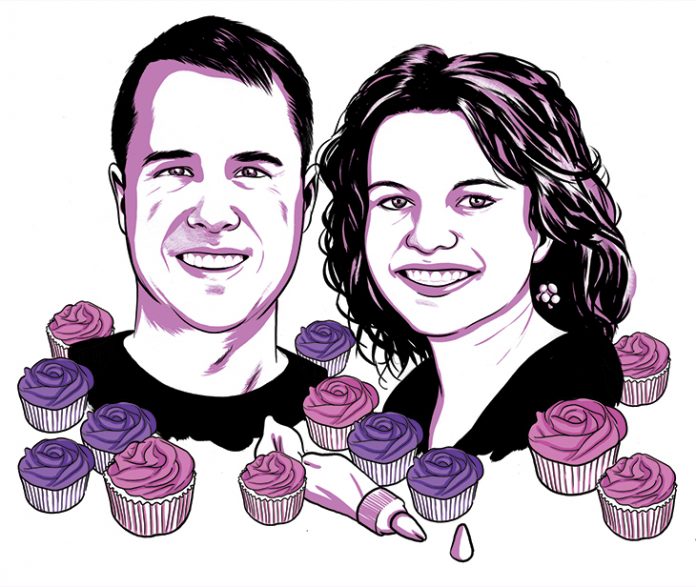 This couple is united by two important things: their commitment to creative cupcakes and their shop, Abby Girl Sweets, which is named after their 5-year-old daughter. Cupcakes and kindergartners—who can resist that level of cuteness?

How do you create a new cake flavor? Nathan: There’s lots of trial and error. The cake’s trickier than the icing. [With] icing you just mix some things together and see if you like how it tastes. But the cake: You have to like the taste; it has to hold up; it has to stay moist.

Does Abby give her approval for new flavors? Andrea: When she was really little, every time we made a new cupcake and let her try it we’d say, “Abby, what do you think of this cupcake?” And she’d do this little dance in a circle, clapping, and say, “Yeah, yeah, that’s a good one!”

What’s your cake-to-icing ratio philosophy? Nathan: We believe in balance. For a lot of the cupcake shops, the cake is just a sponge to hold the icing. But the cake should be just as good as the icing.

What’s it like working with your spouse? Andrea: It’s funny, whenever we ask our employees to do something, I’ll say it and five seconds later Nathan comes right behind me, not having heard what I said, and says the exact same thing. It’s good. They realize we’re both on the same page.