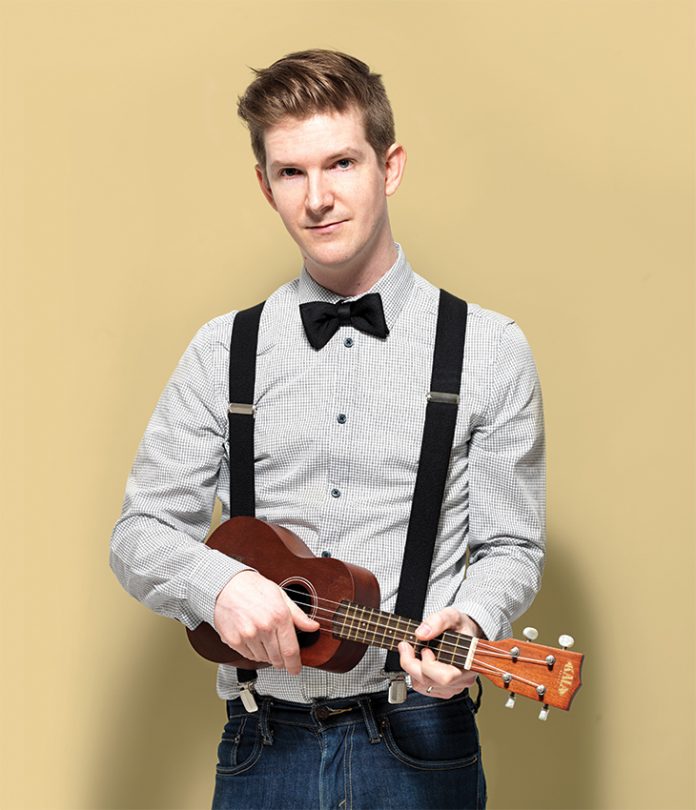 It’s interesting that fans pick up on your style cues. Yeah. One time I was in an IKEA and a girl asked if she could take a photo with me—I had on a white shirt, black vest, black jeans, and black boots. I thought she recognized me from Bad Veins and I felt sort of embarrassed; it felt so out of context. In the end, she wanted to take a picture with me because she thought I looked so much like Han Solo. I was like, “That is awesome.”

Would you say that Han Solo is your style mentor? Maybe. I was dressed just like him, completely on accident.

So what do you model your style on? I strive to dress timelessly. I want to be able to walk onto the set of a movie being filmed in the ’40s. I want to look sophisticated.

Do you avoid trends? Yes. Sometimes trends seem like a parade going by, “Oh—we’re all doing this now.” But I secretly like some trends even though I might not participate. You see a lot of kids wearing pants covered in scenes from outer space. Sometimes I’m like: “That’s cool as hell. I would probably look really bad in that, but I do enjoy it.” Maybe someday I could wear outer space pants.