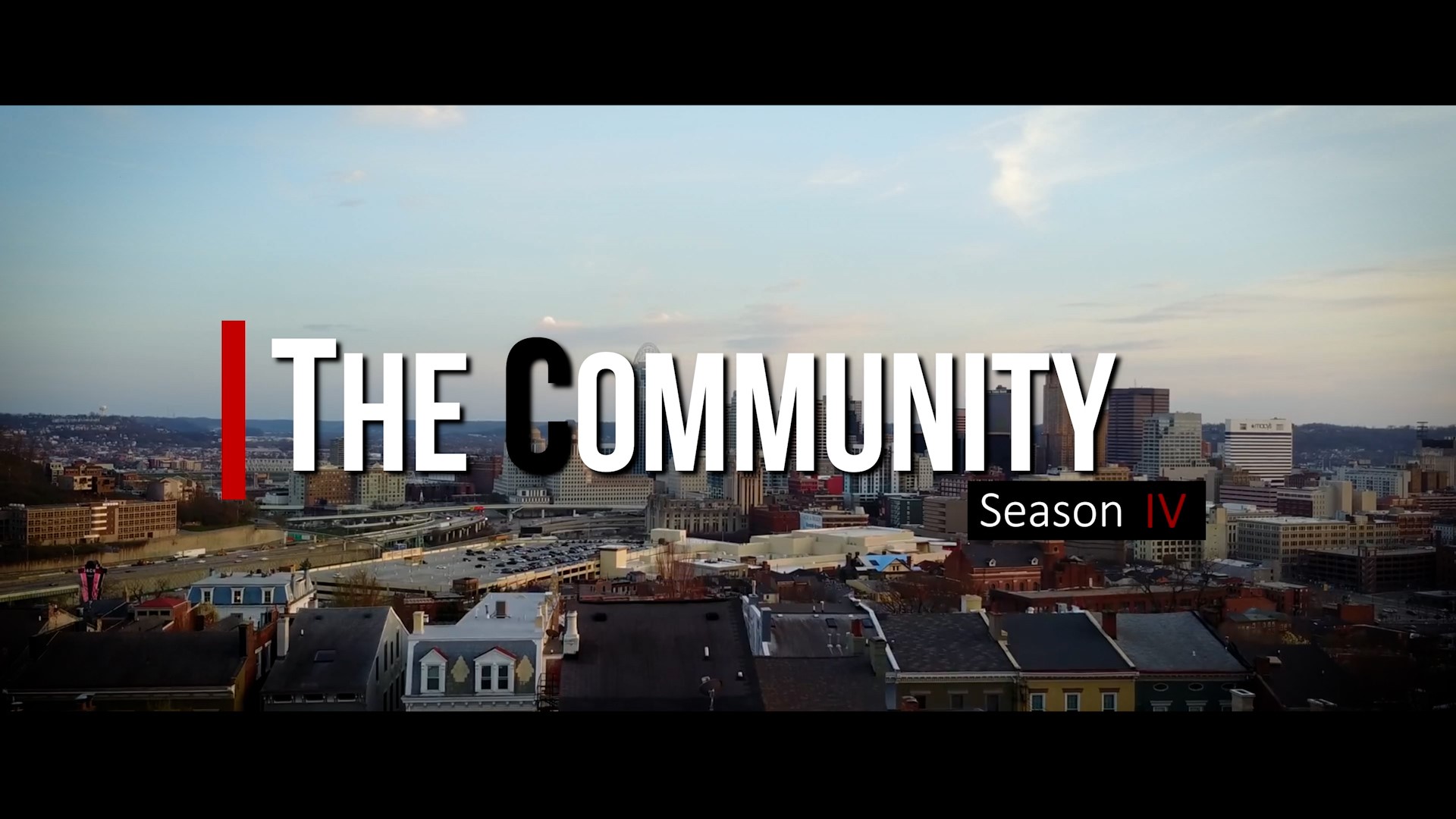 The question Karen Davis gets asked most is when she finds time to sleep. Typically, her days are a balancing act between teaching and steering the ship at Storybook Entertainment Group as screenwriter, director, and filmmaker. As soon as the last bell of the school day rings, she’s headed to several hours of rehearsals at rendezvous locations around the city. After rehearsal, Davis may spend the rest of the evening tweaking scripts, and while she doesn’t rehearse on Fridays, her weekends are already allocated for all-day shoots for projects like her web series, The Community.

“I never sleep,” Davis says. “I might sleep two to three hours, or I might get six hours one day out of the week. My life is my job, then Storybook, and my writing. My family and friends know I might miss some birthdays. I might miss some dinner dates. And it’s not because I don’t love them, but it’s because I have a goal.”

Her unwavering determination and being a stickler earned her a nickname from her actors early on.

“They called me ‘The Warden,’ which I took that,” Davis says with a laugh. “But it wasn’t in a disrespectful way. It’s like, ‘She’s about her business.’ I’m very big on time because there’s a saying, especially in Hollywood, if you’re 10 minutes late on set, that’s what sets us back 40 minutes. That first scene, I tend to pick actors and actresses who I know are good with time, who I know won’t set us behind.”

Davis’s film repertoire also includes web series, Alternative Teaching, a comedy-drama about teachers struggling to support students with emotional and behavioral issues, and two short films, Right Back Ain’t Cheating and Ain’t No ‘Hood Like Sisterhood. And this year, Davis and her team have 12 Ohio Entertainment Award nominations. In 2019 and 2020, she took home OEAs for best director and best screenwriter. 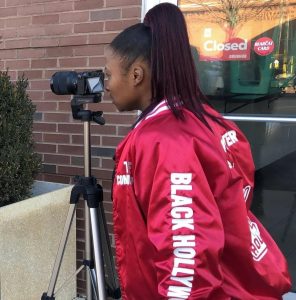 Last month, Storybook premiered the first episode of season four of Davis’s web series The Community at Clifton’s Esquire Theater. The series, which is shot in multiple locations (including popular haunts like Sitwell’s in Clifton, Northside Tavern, and The Lounge in Roselawn), originated as a stage play in 2016 and first aired in January 2017. Storylines center around a core group of Black youth and adults all navigating through different circumstances, including domestic violence, a father fighting for custody of his child, and a teen (played by Jamarion Ricks) who is seduced by street life.

Many stories are inspired by Davis’s West End upbringing, and she remembers how a combination of tragic incidents and everyday interactions influenced her personal view. For instance, the murder of her sister’s friend at the hands of her ex-boyfriend was the impetus for the web series’ domestic violence storyline.

“I would see the relationships between Black women and Black men, [which were] not good for the most part,” Davis adds. “But then I would see some that were solid. I would see Black fathers. I would see a community on Sundays. I remember the guys from Lincoln Courts and Laurel Homes getting together in the middle of [Laurel Park], playing football with each other every Sunday. The women, they would have sisterhood as well.”

As a child, she loved writing and won her first award in third grade for a short story, but she imagined she’d become a lawyer.

“I didn’t know any writers or directors,” the Spike Lee fan recalls. “Growing up, it was this stigma [against] Black women, like either you’re going to be pregnant or drop out of school. I was like, ‘I’m going to defy the odds.’”

(One of the first members of her family to go to college, two of her secondary education degrees are a Master’s in nonprofit law and a Master’s in criminal justice.)

Today, Davis enters her work in every film festival she can find. Right Back Ain’t Cheating won Hollywood Black Film Festival last year. While accolades are important, the filmmaker notes that being able to say, “It’s a wrap!” after days of a grueling schedule is its own reward.

“To see it all come together when we’re on set and they kill it—that’s a beautiful day,” Davis adds. “Even more so when I can see the episode. I’m like, ‘Ah, the work was worth it. The grind was worth it. Sleepless nights. It’s all worth it.”