The 2018 Cincinnati Reds finished the season with a 67-95 record, the fourth consecutive campaign in which they lost 90-plus games. It capped off one of the worst stretches in franchise history, but as 2019 approached a blockbuster trade gave Reds fans reason to hope for the first time in years.

On December 21, 2018, the Reds and Los Angeles Dodgers put the finishing touches on a blockbuster trade, with three former All-Stars (Yasiel Puig, Matt Kemp, Alex Wood) coming to Cincinnati in exchange for Homer Bailey and two prospects. Little noticed in all the media coverage at the time was the fourth name acquired by Cincinnati in that trade: a 28-year-old utility player named Kyle Farmer.

By the following August, Puig had been traded and Kemp had been released. Wood made just seven starts in an injury-marred season before leaving in free agency. But Farmer, who had accumulated just 97 plate appearances in his entire major league career playing 1B, 3B, and catcher over two years with the Dodgers, stuck around.

These days, Farmer is the starting shortstop for hometown nine, but his first season with the club saw him make the team as a backup. He played seven positions that season (if you include designated hitter), appearing at least 10 times at second base (41 games), first base (18), catcher (15), and third base (12). If you can believe it, Farmer pitched (1.1 innings) more often than he played shortstop (1 inning) in 2019.

Last season, Reds management executed a novel strategy: They decided to play the season without a shortstop. Maybe that’s not technically true, since manager David Bell did actually write a name into the shortstop slot on the lineup card every day. But early in the season, for lack of a better option, Bell shifted Eugenio Suarez back to shortstop, a position he’d barely played since his first season in Cincinnati.

That experiment was an abject disaster, and on May 7 Farmer took over the position by default. Despite the fact that he’d played just 16 games at the position in his entire big league career to that point, Farmer was confident he could handle it. After all, he’d been a four-year starter at shortstop during a standout career at the University of Georgia.

“It’s kind of full circle to me, coming from college then all the way up to 2021,” Farmer said this spring. “I finally had the nerve to go up and tell (Bell) that I wanted a shot last year, to prove myself, and I still have more proving to do. There’s still a lot more work to do and I want to earn that role, so we’ll see how it goes.”

Farmer is now in his second season as the primary shortstop for the Redlegs, and results have been decidedly mixed. He’s been, well, OK. Kinda? Last year, it’s safe to say that his defensive performance was better than anyone could have expected; FanGraphs’ analytics rated him as one of the top 10 shortstops in baseball. This season has been a different story. Farmer has already made five errors, matching his total from last year. Those same analytics rate him among the worst defensive shortstops in baseball. So who knows?

On the offensive side of the ledger, Farmer has been a below-average hitter his entire career. Coming into this season, his career slash line was .254/.308/.397, and his OPS+ was 80 (roughly 20 percent worse than the league-average hitter). In his first season as the Reds’ shortstop, Farmer hit .263/.316/.416 with 16 homers (86 OPS+), but his numbers were boosted by an incredible hot stretch over the summer. From July 6 to August 8, a period when the Reds improved from three games over .500 to a healthy 10 games above the break-even mark, Farmer hit .396/.442/.646 with four homers and 14 RBI. It was a wild ride, and his performance was key to Cincinnati being able to hang around the playoff race into September.

We’ve seen something similar this year. A month and a half into the season, Farmer was hitting just .193/.254/.298. Over the last 21 games, however, he’s been one of the hottest hitters in all of baseball, hitting .403/.463/.639 with five doubles and four home runs. At the moment, his overall numbers are the best of his career. Will he keep it up? I’m not going to bet the ranch on it, but hope springs eternal.

While Farmer is living out his dream of being a big league shortstop, he has become a bit of a lightning rod for the fan base. His most rabid supporters on Twitter boast loudly when he’s on a hot streak, screaming “I told you so!” to those who might have questioned whether a 31-year-old utility guy is the solution to the Reds shortstop problem (including your friendly neighborhood Reds columnist). Those same fans disappear into the ether when Farmer spends six weeks hitting .193.

Despite the debate over Farmer’s production and his proper role with the Reds, however, one thing is certain: It’s easy to root for this guy. It’s clear that he has been a spark plug, is well-respected in the clubhouse, and is a leader on the field. He plays hard every day, every inning, and with the trades of several veterans Farmer has become the heart and soul of this team in some ways.

Is he the future of the Reds at shortstop? Of course not. When (if?) Cincinnati’s top prospect Jose Barrero is ready to be a full-time big leaguer, Farmer should be moved into a super-sub role so Barrero can slide into the shortstop spot. Farmer can still start five or six days a week, all over the diamond, while the Reds determine whether Barrero is the future. (Perhaps Farmer can also back up Bengals quarterback Joe Burrow this winter as well. Farmer was a high school QB and made an appearance at that position in The Blind Side, the Sandra Bullock film that was nominated for Best Picture back in 2009.)

David Bell was hesitant to insert Barrero last summer, which was defensible given that the Reds were hanging around the playoff race much of the season. Now, however, it’s time to think about the future. Of course, with Barrero working back into shape in Triple-A after a spring injury and Farmer hitting like the second coming of Barry Larkin all of a sudden, no change is imminent. 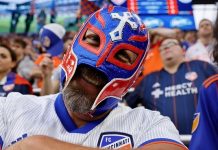