A few months ago, FC Cincinnati’s chances of prevailing in tonight’s road match against New York City FC—despite the club’s newfound winning ways—would have been miniscule. A midweek clash against the defending MLS champions, one of two Eastern Conference franchises FC Cincinnati has never beaten? Against a franchise that’s been to the postseason six successive seasons? Yeah, good luck to ya, Fighting Garys.

Now? This match is eminently winnable for a host of reasons—most of which have little to do with the Orange and Blue, who would love to enjoy the first-world problems NYCFC has endured in 2022.

I mentioned that the Pigeons won the 2021 MLS Cup. Because of the COVID-caused late start to the 2021 campaign, last season’s MLS Cup didn’t take place until December 11. For reference, the 2019 MLS Cup was held on November 10; the 2020 and 2021 seasons were obviously altered by the pandemic.

MLS was naturally keen on reverting back to its typical schedule this year, with the season beginning in the last week of February or during the first week of March. So, like other MLS squads, NYCFC began training for the 2022 season in January—meaning it was playing friendlies in Florida vs. other MLS sides five weeks after winning its first-ever championship. Also, as the reigning MLS champs, the Pigeons were included in the 2022 CONCACAF Champions League, which began play in mid-February. NYCFC’s first MLS match was on February 27.

By the time the club was knocked out of the CONCACAF Champions League semifinals on April 13, NYCFC had already played 11 matches. FC Cincinnati had played six total matches by that same date.

Now, pity should be short supply for a club attaining this level of success, particularly one with the resources of City Football Group. But what happened next further illustrates the potential pitfalls of sustained success. On June 13, with NYCFC sitting in first place in the East, head coach Ronny Deila left to take over Belgian side Standard Liege just six months after leading the franchise to its first MLS crown.

A little over a month later, star striker Valentin “Taty” Castellanos was loaned to Spanish first division squad Girona. (Both NYCFC and Girona are owned by City Football Group.) Castellanos, 23, was arguably the league’s top player at the time of his exit. Not only was he leading the league in goals at the time, but he tallied a remarkable 50 goals and 20 assists in 109 regular season matches in his NYCFC career.

To recap: New York City FC lost its head coach and its best player mid-season. If anyone reading this can think of another occasion that’s happened in American pro sports history, @ me on Twitter.

In the eight contests without Castellanos, the Pigeons have won just once and collected just four total points, dropping the club to fourth in the East. That’s a FCC 2019-2021-esque run of form. NYCFC was spanked 3-0 Sunday in New England, though expected goals tally (1.9 to 0.4 in favor of NYCFC) suggests the visitors were pretty unlucky not to crack the scoresheet.

So FC Cincinnati enters tonight’s match with an extra day of rest and coming off a rain-soaked 2-0 home victory over Charlotte at TQL Stadium. The victory was the ninth of the season for the hosts, more than the past two campaigns combined. The Orange and Blue have now lost just once since May 28, a span of 15 matches.

FCC will have to take on NYCFC for the first time without the services of Lucho Acosta, who picked up a 92nd-minute caution vs. Charlotte that will see him miss out tonight due to yellow card accumulation. If the sequel against the Pigeons is anything like June’s 4-4 draw (highlighted by FC Cincinnati blowing a 3-0 first-half advantage and Brenner coming inches away from scoring five goals) viewers are in for a treat. 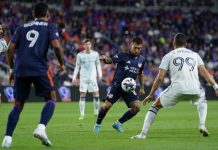 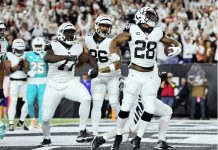