“We assert our right to resist the Paradigm,
to rebel against the Information Regime,
to escape the Data Stream…”

So goes “The Typewriter Manifesto,” a call to action that opens Dr. Richard Polt’s The Typewriter Revolution: A Typist’s Companion for the 21st Century.

Polt, a Xavier University Philosophy prof by day and typewriter enthusiast by night, has amassed an impressive collection of the low-tech machines over the last 20 years and is well-versed on their history, styling, and importance to our shared quality of life.

Polt’s expertise is without question: In 2004, when 60 Minutes ran a story accusing President Bush of draft-dodging in the early 1970s, Polt was called upon to review the supposedly incriminating documents. He quickly concluded that they were not typewritten but rather word-processed and thus fraudulent. Bush was exonerated, CBS retracted the story, host Dan Rather’s career took a significant hit, and, as Polt remembers, “it looked for a minute like the election might hinge on 1970s typewriter technology.”

According to Polt, typewriters had a rough start. “When people initially received type-written letters, they found them offensive,” he says. “You would never have written somebody a love letter by typewriter, but now they’re considered romantic.” In their heyday, Polt explains, “typewriters were the embodiment of efficiency and impersonality and speed. And today they’re no longer efficient, so if you use them now they have a completely different meaning.”

Typewriters may be a (mostly) lost technology, but they certainly aren’t a lost art. Polt joins a larger global movement railing against the grinding efficiency of the digital age. He’s quick to point out that it’s our obsessive use of digital products that is to blame, rather than the machines themselves. “The enemy of the typewriter revolution is not computers,” Polt says in his book, “it’s the all-embracing computing mentality, the Paradigm that threatens to dominate the way we live and think” (an acknowledgement that makes this particular writer feel less silly about posting this pro-typewriting interview to a website). Polt’s “typewriter insurgency,” as he calls it, “doesn’t ask you to chuck all your digital devices, but it does invite you to take time out from the Paradigm.” In short: Put your phone down. Pick up your kid. Read a book. Hug your mom. For God’s sake, go outside. Or, if you’re really feeling revolutionary, head over to Joseph-Beth Booksellers on November 11 to pick up Polt’s book, see some real live typewriters in action, and maybe even take a turn on one yourself.

Scroll through to see more typewriters through the ages: 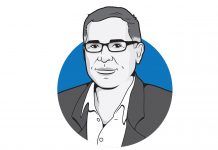 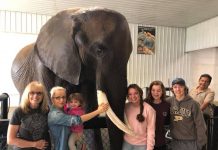