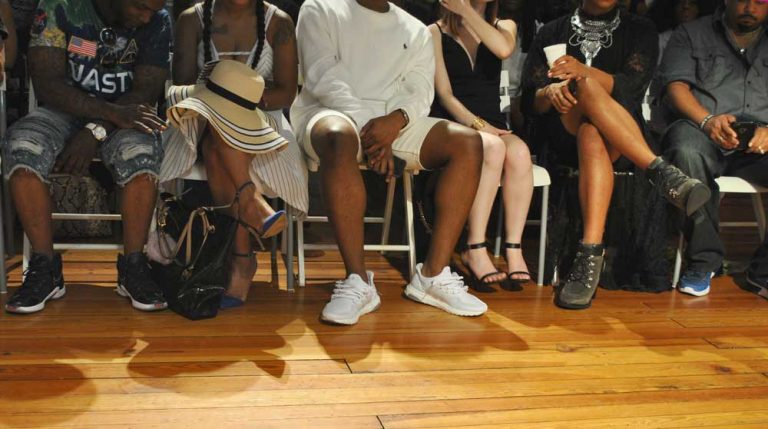 Cincinnati’s fashion community is a little disjointed—most events attract a loose assortment of fiercely attired fashionistas, camera-wielding bloggers, and hipsters in Hood By Air jerseys. It’s hard to get everyone’s attention, let alone get them together, but local stylist Sydney Murdock had a vision for a show that would merge classic style with current trends.

Held at Northside’s Hoffner Lodge, Not Another Fashion Show (no shade, that’s what it was called) was a three-segment presentation covering fall trends. The first segment was equal parts ‘90s grunge and Yeezy Season 3, with male and female models swathed in oversized sweaters stomping down the runway in work boots.

The third segment featured a tough/pretty mix of leather and lingerie, vaguely reminiscent of Celine and Alexander Wang. Even the makeup—a combination of outrageously outsized lashes and gold-painted lips no doubt inspired by Pat McGrath’s work for Prada—took a cue from the runway.

Fashion shows are notoriously costly and complicated affairs, even for big name brands. “This is the hardest thing I’ve ever done,” breathed an exhausted Murdock after the show, but grand efforts don’t go unnoticed in this mid-sized city. The support we show for people willing to put in the work is what makes Cincinnati a great place for innovation, creativity, and yes, even another fashion show.