Most of us pay little mind to the utilitarian steel manhole covers that dot our streets. But for Tim O’Grady, the founder of Whistle Stop Clay Works in Loveland, they are intriguing pieces of history and unique works of art. In his shop, O’Grady creates precise ceramic replicas of century-old manhole covers—entirely by hand. “We’d use them as baseball bases in the street [when I was growing up],” he says. “A lot of these show the personality of the craftsmen who made them, and my main goal is to get the feeling of what [they were like] on the street—these aren’t going to be around much longer.

On the Origins
“I’d been collecting pictures of them for 30 to 40 years,” he says. “There’s a reference book I use that lists the location, the date, and the foundry [of the original covers]. People send me pictures of ones they’ve seen, too.”

Fire Away
The clay discs, once carved, are fired at about 1,800 degrees Fahrenheit before getting two or three coats of glaze. “The whole process, from start to finish, takes me about 60 to 70 hours,” he says. The finished covers are roughly 20 inches across, two-thirds the scale of an actual manhole cover.

Making Plans
To begin, O’Grady scales up a one-inch photo, using just a compass, pencil, and ruler. “I could use a CAD program, but I’m old-school,” he says. “I use stencils for the lettering and such, but the rest is by hand.” 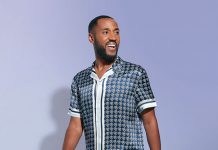 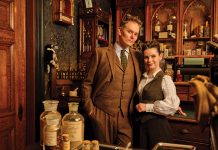