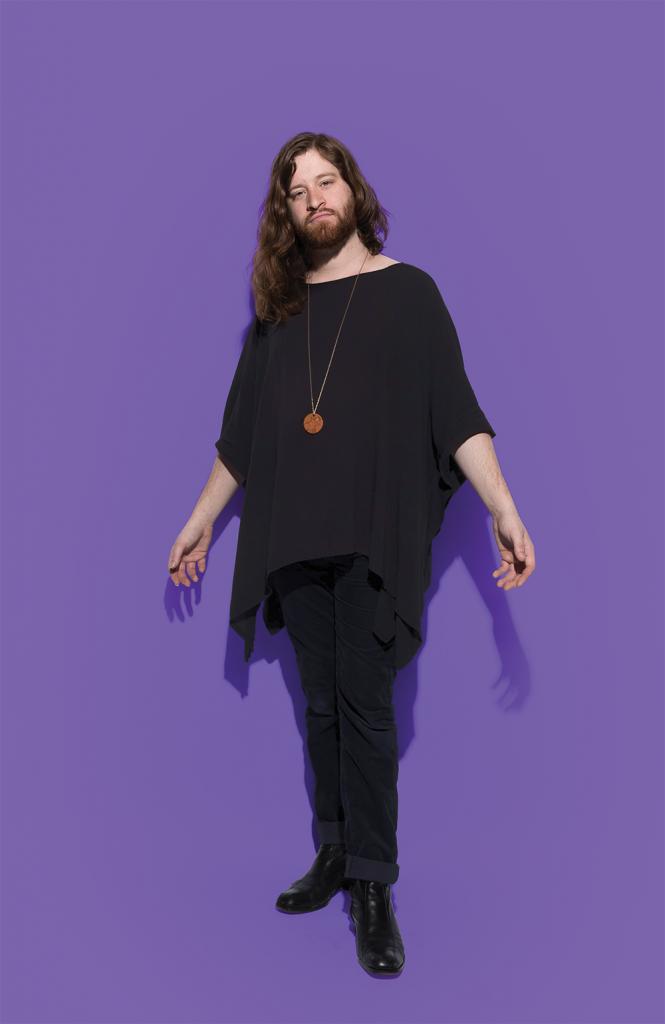 What are you wearing? I’ve heard it called a lot of things. My mom always calls it a caftan.
I can’t imagine you’ll find a lot of caftans in retail stores. My mom and I get together and we go to fabric stores. We spend a lot of time, because I’m so particular about the material.
What kind of material? It’s a specialized cotton. Kinda like a seasonal beer. But [the cloth] is something loose, and it really helps with playing sitar.
When did you get into the sitar? I was a sophomore in high school when I heard one on a Beatles record, and I didn’t know what it was. My friend Rob Keenan, who’s also my bandmate in Dawg Yawp, told me it was a sitar. He also told me about Ravi Shankar. I got obsessed.
Is playing another culture’s instrument a form of cultural appropriation? I give it a lot of thought, but something [clicked] when I went to an Indian concert. There was this guy, Uppalapu Srinivas, and he was playing a mandolin, but he was playing it in a classical Indian style. I was inspired. If I was trying to be a part of a culture I’m not, that would be more disrespectful than utilizing a tool that I find to be beautiful. India gets all the credit, and I would love to study it more traditionally someday.
When you’re on tour, what message do you hope to share through your style? I think people can tell that I’m—for the most part—a relaxed person. There was a long time I felt real self-conscious going out. But I found that when you feel comfortable in your own skin, so do they.