Where: Kenwood
When: TBD 2016
Why: The luxury furniture store has chosen the newly revitalized address of The Kenwood Collection (formerly the failed Kenwood Towne Place project) to be the home of its only Signature Store in Ohio, Kentucky, and Indiana. The 13,000-square-foot space will be the development’s first anchor tenant, sprawling over two levels.

Where: Over-the-Rhine
When: June 2015
Why: Co-founder JJ Wilson says the “technical cashmere” brand chose to open its third U.S. shop in OTR because the neighborhood shares a similar comeback story with the brand’s first location in Gastown, a historic Vancouver neighborhood. The shop is a rare corporate breed on Vine Street, but it earns points for integrating local artists’ work into the design of the shop.

Where: Over-the-Rhine
When: May 2015
Why: Upon seeing the success of the flagship Columbus-based store, opened in 2012, owner Dan McClurg decided OTR’s hip Vine Street would be fertile soil—pulsing with plenty of foot traffic—to launch a second location. The vintage home decor collection immediately filled a much-needed niche in the neighborhood.

Where: downtown
When: May 2014
Why: The Denmark-based consumer electronics tycoon chose Cincinnati’s buzzing central business district to hold down the fort for the brand’s Midwest presence (closest locations are in Chicago and Atlanta). To celebrate its 90th anniversary this year, the brand will be offering an exclusive rose gold product line.

Where: Over-the-Rhine
When: Fall 2014
Why: With two successful stores in Columbus, the vintage-inspired sports apparel company was drawn to Cincinnati for its third location because of the area’s rich architectural and cultural history. Plus, Cincinnati is a multi-team sports city with a strong diversity of fans, which is reflected in the store’s Cincinnati-specific merchandise. 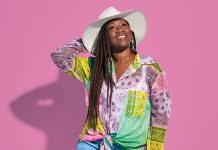 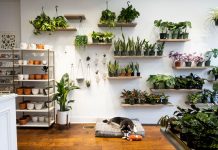 Four Local Plant Shops That Bring the Outdoors In 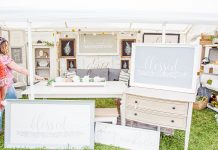 This Summer, Plan a Treasure Hunt at these Four Outdoor Vintage Markets