Stepping inside Bloodline Merchants is like going antiquing in the Old World. Up until last summer, owners Maria and Thomas Jackson lived in Jersey (an island in the English Channel), where they renovated and furnished a 17th-century fisherman’s cottage in the Channel Islands and converted an old Victorian schoolhouse into a residence. Their latest project, the 4,600-square-foot shop they opened in March, brings them closer to Maria’s native Northern Kentucky.

She was raised across the river in Lenoxburg, he grew up across the pond in Newark, northwest of London, where every two months thousands of dealers and collectors swarm the Newark International Antiques & Collectors Fair. Thomas has been frequenting the 84-acre spectacle with 2,500 vendors since he was 9 years old. He got Maria hooked, and now the couple scours the fairs and ships back their best finds, so you too can own a piece of the past.

“The best thing is that thrilling moment with our customers when they first lay eyes on something they’ve never seen before,” says Thomas. And there’s plenty of “Ooh, what’s that?” to be had: Solid wood Arts and Crafts hutches share the floor with tufted Chesterfield sofas, old metal lockers, Globe Wernicke bookcases, marble busts, and 17th-century carved oak Bible boxes. On the walls are vintage pull-down maps and charts, beveled Victorian mirrors, and framed tin ceiling tiles. It’s all styled as impeccably as a West Elm, with the added value of not being ersatz—an aesthetic that fluctuates between traditional Craftsman and industrial cool. The couple’s only rule is buying what they like. “I like the Arts and Crafts period, its clean lines and artisan touches, and the older stuff,” Thomas says. “I prefer antiques to new furniture because not only is it cheaper, it lasts longer.” 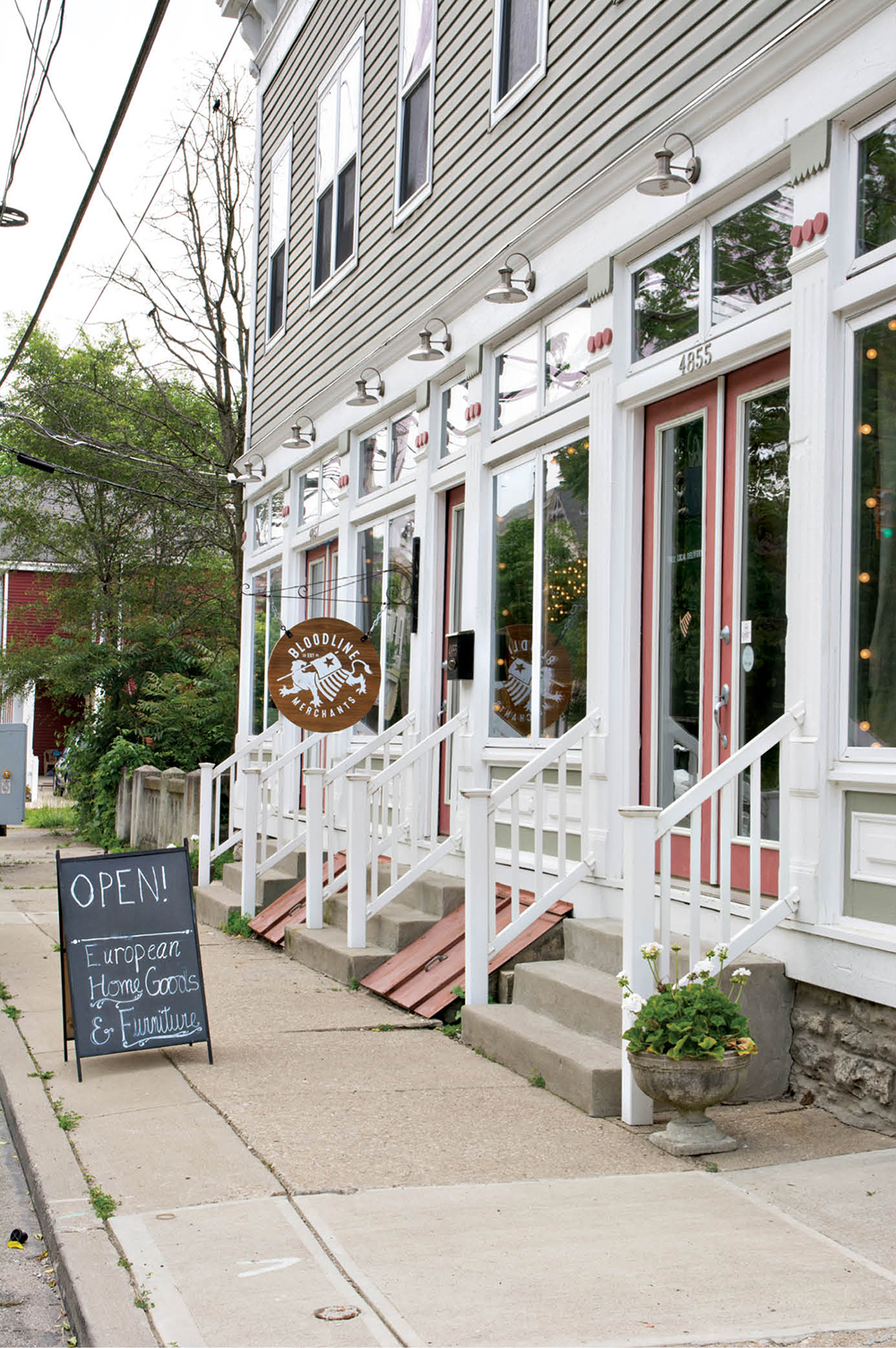 Don’t miss the small goods, either. Some are old, like French smocks and grain sacks with nary a tear, others new and mostly local, including Carabello coffee, Maple Ridge soaps, and Maverick chocolate. The Jacksons also take requests, with no commitment to buy unless it’s something really wacky. Or just tell them what your style is and let them do their thing. “We can find something for everybody,” Thomas says. After all, it’s in his blood.

Good to Know: Bring the kids. There’s a playroom just for them stocked with vintage toys and tyke-sized furniture. “We’re not fussy,” Thomas says. “A lot of this stuff’s been around a few hundred years. It’s been used and we want it to continue to be used.” And that just adds to the story.