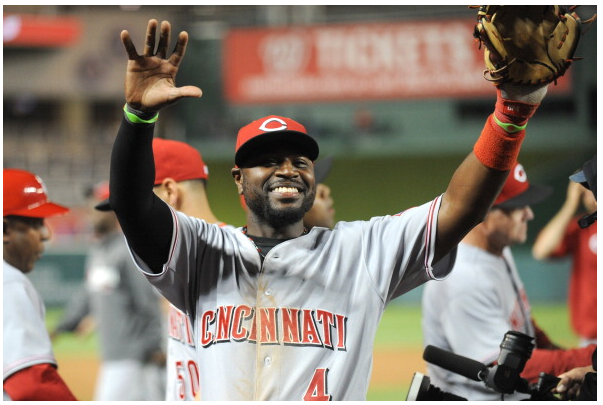 The old adage of “defense wins 15-inning games” was on full display last night, with Brandon Phillips and Billy Hamilton both saving the Reds’ bacon in bonus time against the Nationals in D.C.

The first play came with the score knotted at 2-2 in the bottom of the 12th and runners on the corners for the Nats. Phillips went horizontal to rob Wilson Ramos of a game-winner up the middle.

The second play was slightly less impressive (only slightly), but just as important, with Hamilton making a pretty extend-and-slide diving grab in the bottom of the 14th to strand a Nationals’ runner at third.

Todd Frazier finally put the Reds on top in the next half inning with a two-run shot, helping to lift the club to a painfully mediocre 20-23 overall record, including a now-slightly-less-abysmal 9-13 on the road. Still, if the squad is going to remain in the mix, these are the exact games—close, low-scoring—that they can’t afford to lose.