Home Outdoor Dining 2022 The Future of Streateries in Cincinnati

If you’ve taken a stroll through the streets of Over-the-Rhine in the past two years, you’ve no doubt seen the beautiful outdoor planters, railings, wood parklets, and bump-outs, as well as the covered outdoor seating that lines the neighborhood’s main thoroughfares like those of so many European streets.

What started in May 2020 as a temporary solution to the challenges posed by social distancing has become a permanent fixture in OTR and the central business district downtown. And we’re all for it. These “streateries” have given restaurants some much needed extra space, allowing diners a front-and-center view of Cincinnati’s bustling street life, and helping the city live up to one of its oldest nicknames—“the Paris of America.”

According to the Cincinnati Center City Development Corporation (3CDC), the brains and brawn behind the program, more than 1,500 outdoor seats have been built to support nearly 80 businesses (primarily restaurants and bars) in the city’s urban core. The question on many diners’ minds, as we enjoy our third summer of streetside outdoor dining, is can we expect more streateries to pop up around the city?

Joe Rudemiller, 3CDC’s vice president of marketing and communications, says that the bulk of the project has been finalized, though streateries could be moved or adapted according to the needs of businesses that are already part of the program. And since 3CDC operates solely within the urban core, other neighborhoods would need to take the lead in instituting their own streateries program, something Rudemiller encourages. “We’ve worked with the city to set up the program as a blueprint, which other neighborhoods can take up if they choose,” he says.

If the program’s success is any indication, there is a good chance a streatery will be coming to a neighborhood near you.

Check out our map of Cincinnati’s streateries below and find our full list of outdoor patios, food trucks, rooftop spots, and more here. 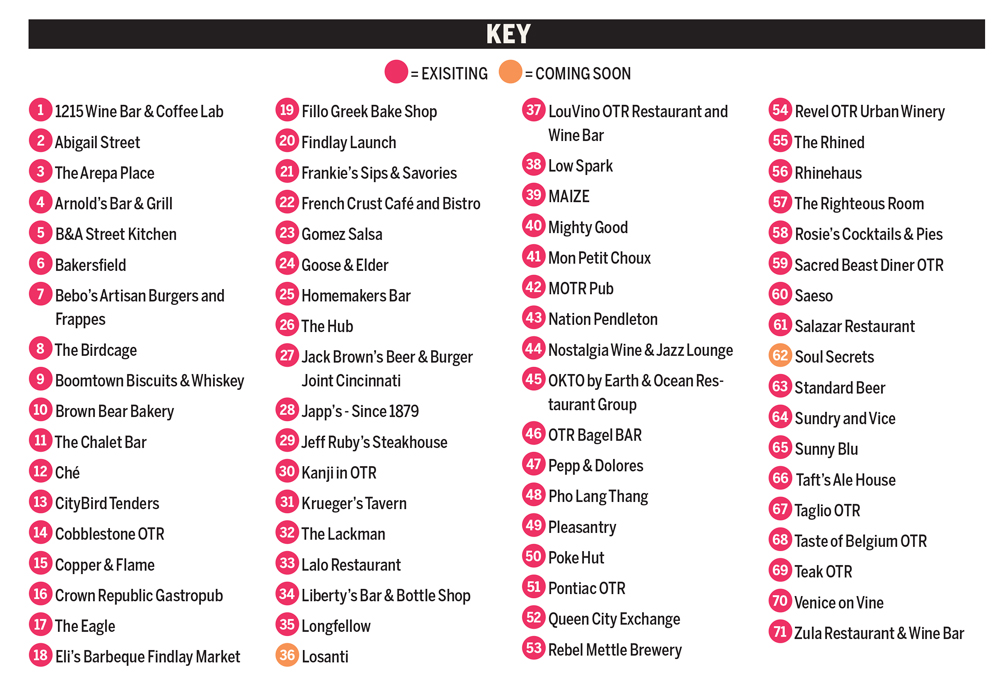