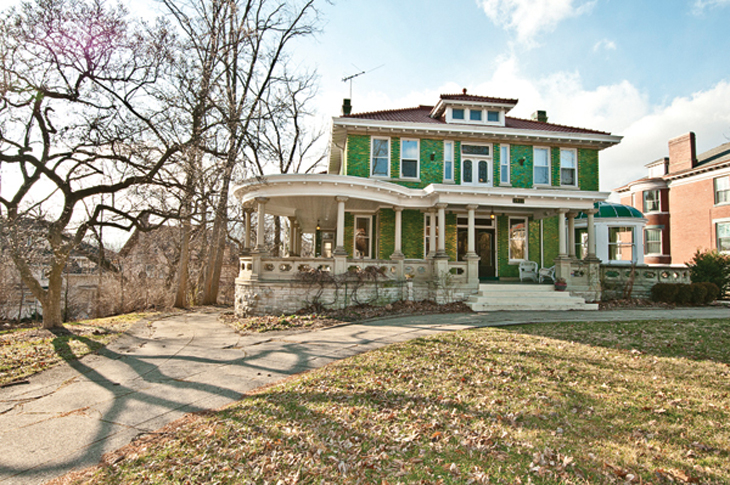 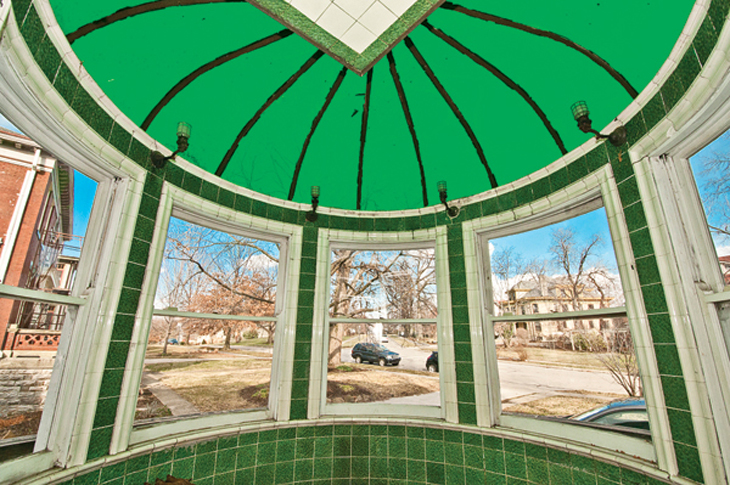 The conservatory perched at one end of the front porch has a green glass dome (the tinted glass was added later, perhaps in the 1920s). Green tile fireplaces grace both the living and dining rooms. And subsequent owners hand-painted the “smoking room” fireplace tiles with a green-hued pastoral scene.

Verdigris finishes are not this home’s only talking point. There are also two perfectly preserved specimens of artful stained glass: a five-foot-high window with colorful birds and wisteria vines in the dining room, and a pristine 12-foot-long multi-hued dome in the second story ceiling. Exterior light passes through via a clear skylight in the roof (that explains the dome’s condition: no exposure to the elements). 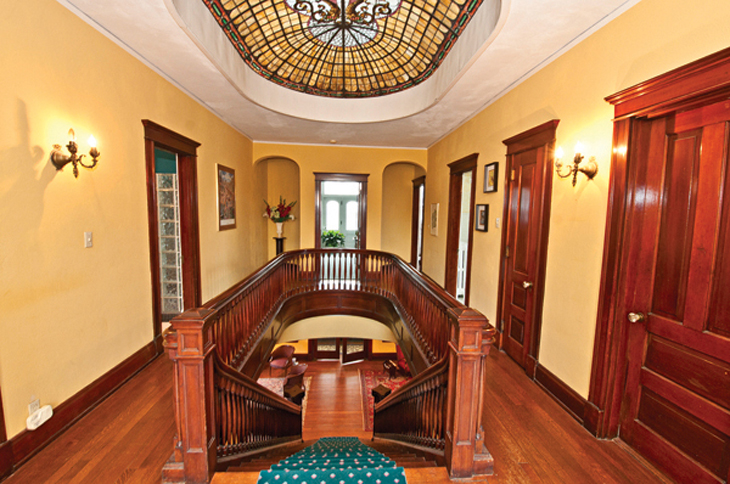 Like any centenarian, this old manse, currently listed for $299,000, is in need of some tender loving care. Once featured in Walter Langsam’s and Alice Weston’s Great Houses of the Queen City, the low point came seven years ago when homeowner Philip Bates was shot in the front yard. But it’s now ready, says listing agent (and neighbor) Adam Sanregret, for a new “steward”—one who appreciates the history of the neighborhood as well as the building’s potential. 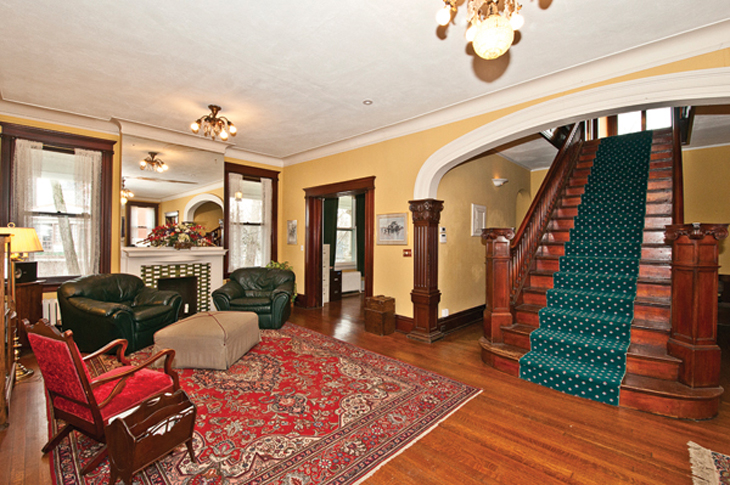 Which brings to mind another definition of green: “young, new, and blooming”—just what this home is at heart.