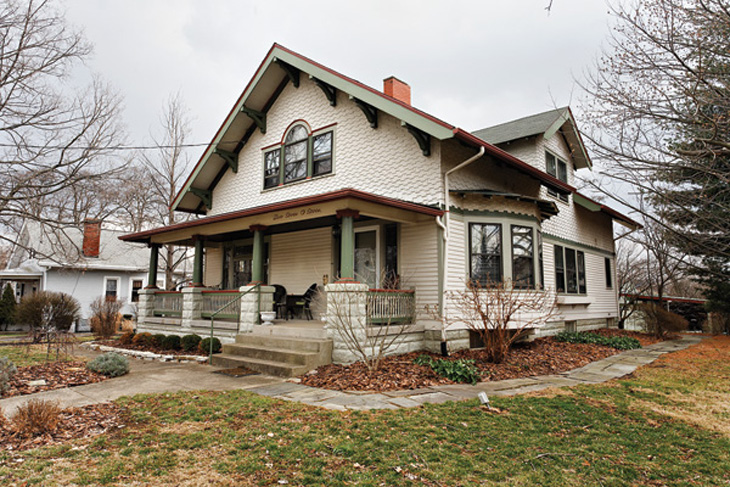 From the front, this home looks like a charming craftsman-style cottage tucked into Norwood’s quaint Highlands neighborhood. But the six-bay, Alamo-style garage out back is a dead giveaway that 2707 Ida has a storied past. That garage once housed delivery trucks for the Becksmith Candy Company—the original homeowner’s fabled business, which was based in a warehouse next door. Frank C. Becksmith built the home in 1905, lived there with his family, and from the warehouse, distributed chocolates and fountain drink supplies to drug and sweet shops throughout Cincinnati. 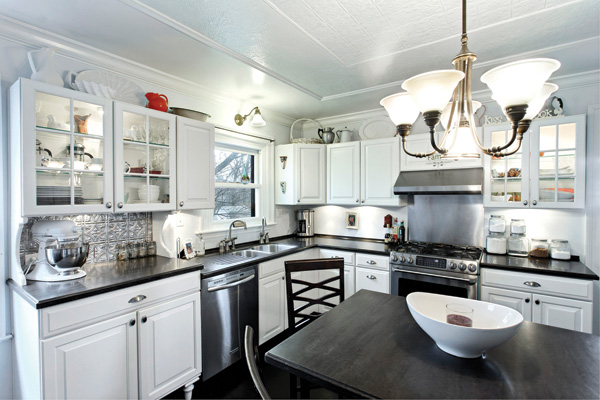 The company eventually dissolved, the warehouse property was sold, and the home was purchased by Hank and Mary Ann Burwinkel in the 1950s. The Burwinkels raised seven children here before converting it into a bed-and-breakfast called The Empty Nest. During the Burwinkels’ tenure the home was featured on the Norwood Historical Society’s home tour; that’s when current owner Sally Arthur first saw and fell in love with it. 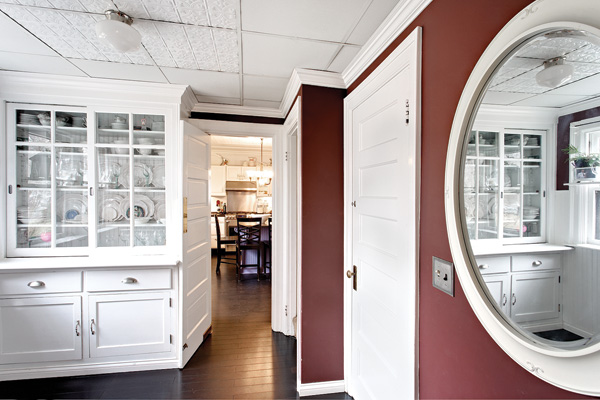 Arthur and her then-husband jumped at the chance to buy when their dream home was available in 2005. With the vision and muscle of contractor Mark Santoro, they left almost no interior wall untouched. The kitchen was gutted to the studs, then refurbished with new white cabinets, a periwinkle-colored island, stainless steel appliances, and black Corian countertops. Today, it can all be yours for $319,000.

Despite the extensive renovations, some of the home’s original features still remain, such as the tin paneling on the dining room walls and kitchen ceiling. And of course the six-bay garage—which, along with the renovated carport, has witnessed numerous outdoor parties—still stands, a tangible reminder of this home’s sweet past.