Even before construction wrapped on 3313 Turkeyfoot Rd. nearly a decade ago, the rumors were flying.

It wasn’t so much about why the 15,000-square-foot mansion was there, but about who built the French chateau-inspired estate in Edgewood. Local media floated theories that it could be the residence of Joey Votto, a Bengals player, or even a Kentucky home that would put George Clooney closer to his parents (sadly, that one didn’t hit the mark).

That was 10 years ago. The home is now on the market. And we still don’t know who lives there. Public records are no help (the owner has the house in an attorney’s name). The agents remain tight-lipped. All we know is that in the listing, the home is described as “designed and built by one of the country’s foremost entrepreneurs for his own personal estate.” Narrows it down, doesn’t it?

Today, the home is as much a part of the Northern Kentucky landscape as the Florence water tower. It’s also the priciest house to hit the local market in years. 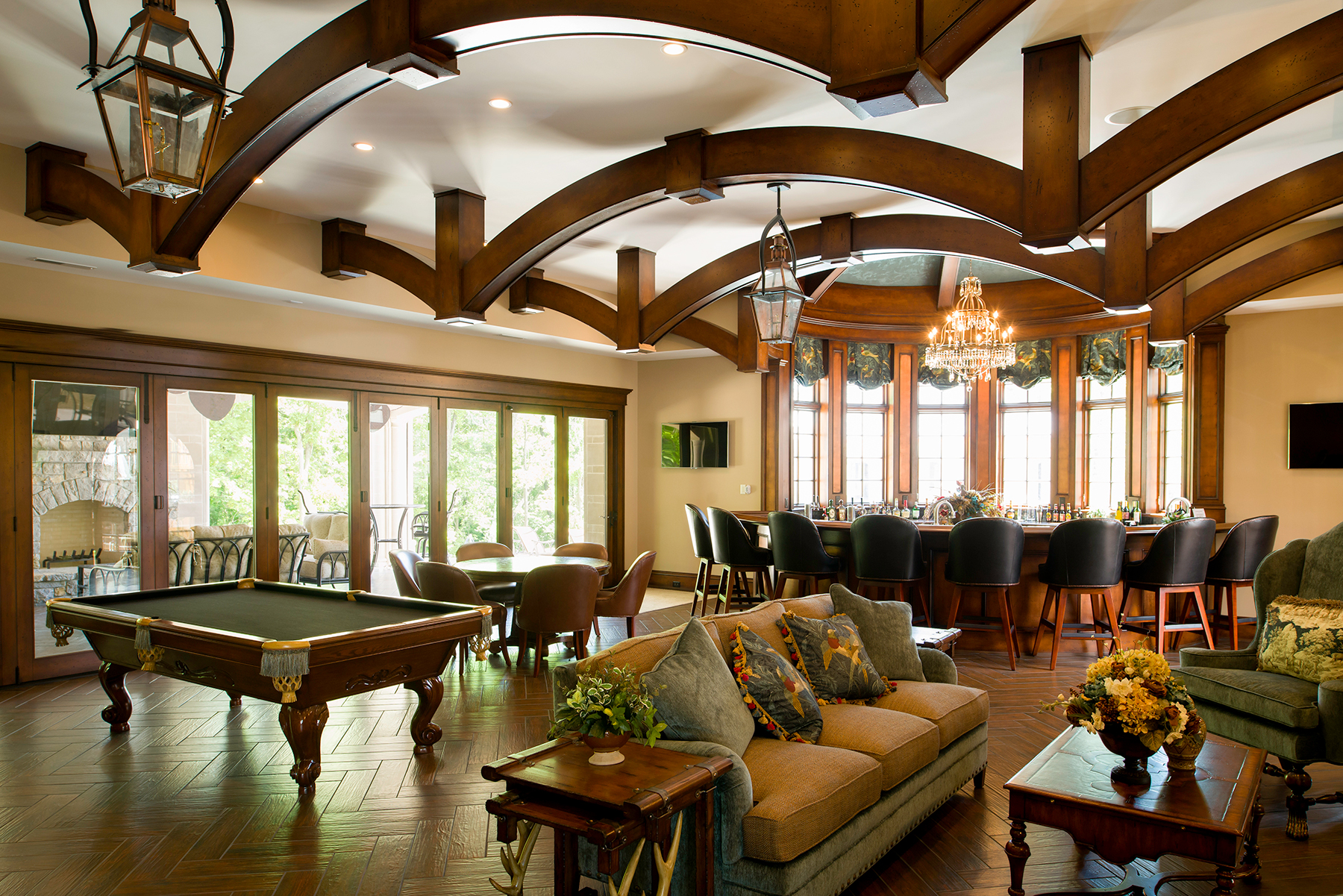 Builders brought in a cavalcade of international talent to create a home that features six bedrooms and eight bathrooms, a dramatic two-level library, a casino-style “gentleman’s lounge,” and an infinity pool that’s dwarfed by the sprawling pond.

The space is dramatic, but even the tiniest nooks are opulent with hand-painted frescos, intricate woodwork, and all the markings of an estate that took a village to complete. And as we noted in our 2015 Home magazine story, the house, for all its grandeur, is remarkably livable. The first-floor sitting room wouldn’t be out of place in a middle-class suburban home. The bedrooms are massive, but they’re not overly gaudy. Whoever the mystery owner is, they absolutely have a taste for the finer things in life, but they also have…well, taste.