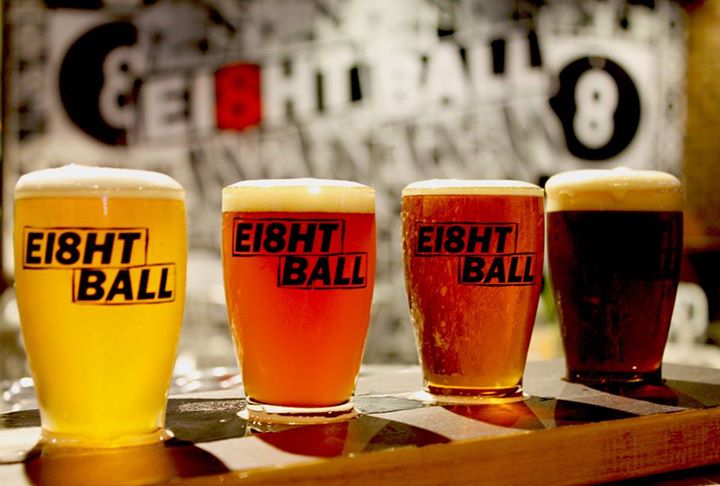 Aisle 15 at The Party Source is the beer equivalent of Harry Potter’s Platform 9¾: Find it, and it will transport you to Ei8ht Ball Brewing, which opened in November 2013. With 42 tap handles, neon signs, large flatscreens listing the tap lineup, and giant windows peering into the brewing floor, this is not your average beer cave. Order a flight of brewmaster Mitch Dougherty’s creations for as little as $2 per taster—try Tarnished, their crisp, light, dry-hopped golden ale or Cat Lady, a slightly sweet, medium-bodied American brown ale. On your way out, grab a growler to go: Their tap system keeps oxygen and impurities out, which means that growler stays fresh for up to a month. But try a sip before committing—with that many taps, there can be less-than-ideal turnover of rare and imported drafts.