Home Health Searching Beneath the Brain’s Surface To Fight Seizures

—As told to Lisa Murtha

The term “intractable epilepsy” generally refers to patients who have had seizures for at least two years and have failed at least two medications during that time frame. It’s relatively common [for teens]. Roughly 20 percent of patients who are intractable are potential surgical candidates. Our neurology program is currently evaluating more than 100 patients a year, mostly from the tri-state. We have seen in our program—and I would say it’s a general trend nationwide as well— a movement towards less invasive types of procedures to evaluate for surgical treatment of epilepsy.

Before we started doing the Stereo EEG procedure, we did larger operations called craniotomies: make a big incision on the scalp, remove a relatively large piece of bone from the skull, place grids on top of the brain, over the surface, and then monitor the patients outside of the operating room with those grids. Even though we might be able to get a sense of where a seizure is starting from and spreading to, we were not getting the deep structures of the brain.With a craniotomy, the patient recovers in the ICU, then we observe them. [When] we go back to surgery for that second procedure a week later, we not only are removing the grids, we’re also doing some type of resection, if the patient is a good candidate, where we attempt to make them seizure-free. They then go to the ICU again for one day and probably spend another three days in the hospital recovering before they go home.

Stereo EEG essentially is monitoring that we do through depth electrodes placed through very small drill holes in the skull to different locations inside the brain. We’re not making a big incision—it’s much more minimally invasive. The depth electrodes pick up the electrical activity of the brain: When the brain is acting normally you can see normal electrical activity, and when the brain is seizing you can see seizure-type activity. By placing those electrodes in different places we can actually get a sense of where the seizure is starting and where the seizure is spreading to, in a three-dimensional space.

With Stereo EEG, we feel like we’re getting more accurate information. [Also, patients] don’t go to the ICU at all. We spend roughly two and a half hours placing the depth electrodes and we watch them for a week to [gauge] their seizure activity. When they go back to surgery, the electrode removal is done within 20 minutes and the patient goes home the next day, so the recovery time is way faster [than with a craniotomy].

The majority of our patients have become seizure-free from the evaluation and then the eventual treatment. Before last year, the majority of our invasive evaluations went through the craniotomy. This past year, since we’ve adopted Stereo EEG, we’ve only done a handful of those procedures. The majority of our invasive evaluations are now done through Stereo EEG. There’s certainly good reason to be optimistic about it, but I would not think of it as the end-all, be-all. It should be thought of as another tool that’s going to help us treat these patients better. It’s still a diagnostic tool to identify seizures. 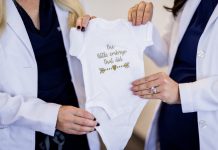 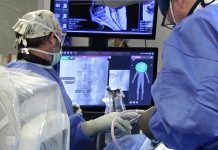 Mayfield Brain & Spine Is Innovating What’s Next in Neurosurgical Care