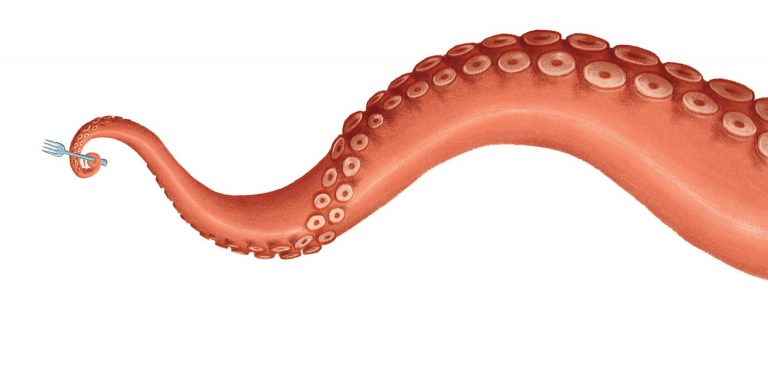 On Italian shores, octopus has been part of the daily diet for generations. In Cincinnati? Not so much. When Cristian Pietoso arrived at Nicola’s from Florence, Italy, in 2004, he brought with him a braised octopus ragu recipe that converted the first wave of intrepid Ohio diners. But it took almost a decade before octopi popped up on other menus around town. Perhaps part of the city’s reticence to embrace the meat was textural. “If you bite into it and you’re actually able to hear that crunch,” says Pietoso, “then it’s perfect.” At Forno, Pietoso bucks the braise-and-grill technique used at Abigail Street, Jimmy G’s, Sotto, and Via Vite in favor of poaching the octopus (sourced from Spain) for a warm seafood salad. Its thick flesh allows it to maintain a mild brininess that pairs extremely well with sautéed escarole, fresh Italian parsley, and citronette. “Every time you eat octopus,” says Pietoso, “you taste the ocean.” Sorry, pork belly: We have officially moved on.