Home Food News You Should Be Eating This: Dewey’s Cuban 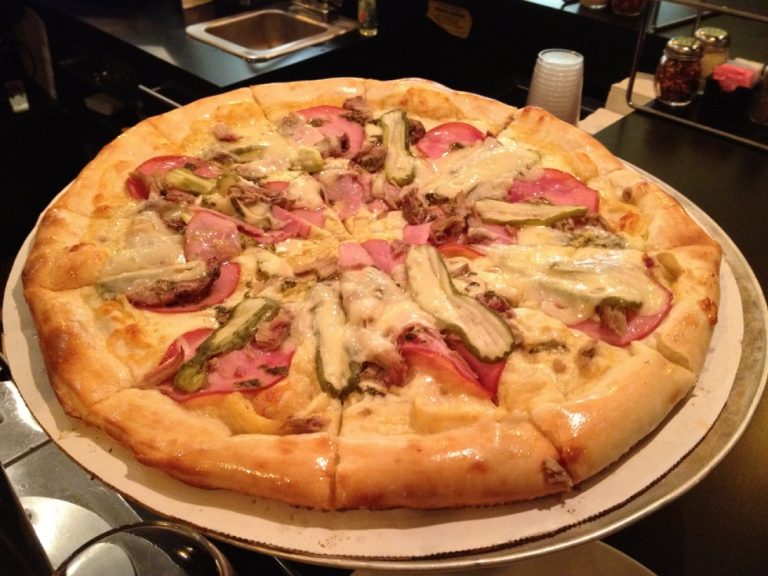 Heading to Dewey’s on Saturday night was my husband’s idea. When he opened his menu, his eyes widened. “The Cuban!” he said. You need to understand: Dewey’s is my husband’s favorite pizza. The Billy Goat, Edgar Allan Poe, Socrates’ Revenge—all high on his list of good stuff to eat. But it is the Cuban (and its April counterpart, the Ballpark) that really gets him going. I don’t know whether it’s the mustard-y sauce, the pulled pork, the Canadian bacon, or the blend of mozzarella and Swiss cheese. Maybe it’s all those things together, the pizza-fied version of the pressed sandwich. What I do know is this: the Cuban will disappear on August 27. So if you want one of your own, you’ll have to get it this week. We’ll definitely be back for ours.