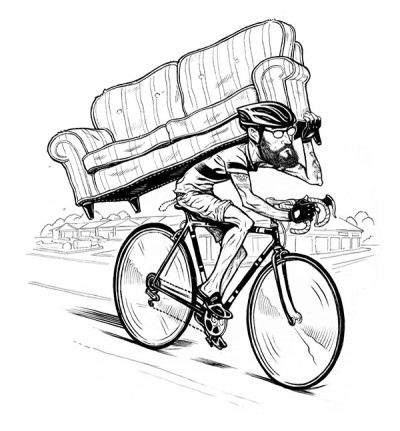 Bogart’s on Short Vine is celebrating its 40th anniversary. I wasn’t around when it opened, but I know the venue has gone through myriad physical and aesthetic changes. Is there a tally or a photo slideshow anywhere? —We’ll Always Have Corryville

Dear Always:
The Doctor found no official accounting of Bogart’s facelifts, but it probably rivals that of the Kardashian-Jenner industrial complex. This makes each person’s nostalgic mental image of the place differ dramatically: Your mom may fondly remember dining in an elegant, finely-appointed restaurant, while Uncle Max wishes he’d worn a hazmat suit that night in Pantera’s mosh pit.

Relentless change at 2621 Vine St. has been constant since the Nordland Plaza Nickelodeon first arose in 1910 (widespread stories of an 1890s vaudeville house are untrue). The original movie arcade upgraded to its present size in 1912, and refurbished periodically before closing in 1955. It then suffered a sad parade of failed theater/restaurant combos, the last one being Bogart’s Café Americain [sic] in 1975, with decor inspired by the movie Casablanca. That didn’t amount to a hill of beans, so owner Al Porkolab scrapped it for a wide-open club and concert hall.

Like a well-formatted radio station, Bogart’s survived the next 33 years with a mix of your favorites from the ’80s, ’90s, and today. Many artists, performing in such radically changed surroundings, may not realize they are experiencing both ends of their careers on the same stage.

I am a longtime Cincinnati bicyclist, and I am amazed at how much loose change is simply lying in the street at intersections. Do people waiting at the light just toss coins out the window? Montgomery Road at East Kemper, then at Fields-Ertel, and again at Columbia—in other words, the old 3C highway—are especially lucrative. Why there? Why anywhere? —3C For The Money

Dear Money:
Symmes Township is the steward of these generous intersections that have been supplementing your income. Officials there claim no insight into people’s motivations, but they do harbor a theory: When preparing to exit a nearby commercial establishment, busy people often place items on the roof of their vehicle, instantly forget they have done so, and then their acceleration launches the items out to the public domain and into your increasingly secure retirement.

Coinage? Meh. That’s among the more boring items Symmes Township workers come across as they make their rounds mowing/grooming/plowing/ruining your commute on the street. They regularly find forgotten wallets, purses, toys, umbrellas, groceries, items of clothing, and more. The sofa was probably intentional.

Those loose coins at your feet are probably the overlooked detritus from heftier loot that others have scavenged ahead of you. Bike before dawn. The early bird catches the sofa.

A friend recommended a novel, and my search of its title on the Public Library of Cincinnati and Hamilton County website showed that they have it. Great. The results also showed two more books by the same author. Fine. But the fourth book listed—I’m not kidding—was Why Dogs Hump and Bees Get Depressed, by someone I’d never heard of. Does the library’s search engine have a virus, or is it me? —Searching Party Engine

Dear Party:
The Doctor apologizes to the many dedicated professionals at the PLCHC for this, his second consecutive column featuring reader criticism of their fine institution, and which, after exhaustive investment of his, and their, precious research time, finds them utterly exonerated. Again.

Using the title you submitted, we duplicated your results and confirmed that the Library’s search engine works properly. To wit: It showed the book that best matches your three-word entry, then more books by the same author, and then additional books of similar interest. “Similar interest” means cruising through chapter titles from the entire database for words that match your original three. This is admittedly a crude method that can go astray. Your novel’s title happens to share words from the chapters of a book about humping dogs and depressed bees.

The Doctor invites readers to reverse-engineer a search that finds its way back from that book to accurately identify the initially coveted, three-word-titled novel. Clue: the novel’s title contains, in order, a personal modifier, an adjective, and a noun. There will be no prize for this accomplishment, ensuring your time will be as worthily spent as ours.