As a type-A planner, I hardly ever stumble into anything. But a last minute trip to Lexington to visit Black Swan Books, a used and rare book institution, ended in a delightful discovery. As I sorted through shelf after shelf of French cookbooks, it became clear I wouldn’t make it back to Ohio on an empty stomach. On the advice of a local, I found myself seated in a back corner at Middle Fork Kitchen Bar, a glass of Basil Hayden’s in hand, munching away on a duo of housemade lamb sausages—Toulouse-style and merguez—served with a pickled fennel slaw.

They were followed by a wood-grilled rabbit quarter, served with creamy rice grits studded with peas and herbs. Just before serving, the rabbit dish was placed under a glass cloche and hit with a blast of smoke from a charred bourbon barrel. Rarely am I impressed by the effects of molecular gastronomy, but there’s always an exception: Bravo, Middle Fork.

The warehouse building it inhabits is part of the James E. Pepper distillery (shuttered in 1958, but recently revived by the Georgetown Trading Company), and actually straddles the middle fork of the storied Elkhorn Creek. Beloved by fly fishermen and plein air painters alike, the middle fork runs underneath most of downtown. Whether you find yourself in Lexington for books, horses, or the ever-burgeoning bourbon scene—Bluegrass Distillers on Sixth Street officially joined the Bourbon Trail in February—plan to do dinner here. 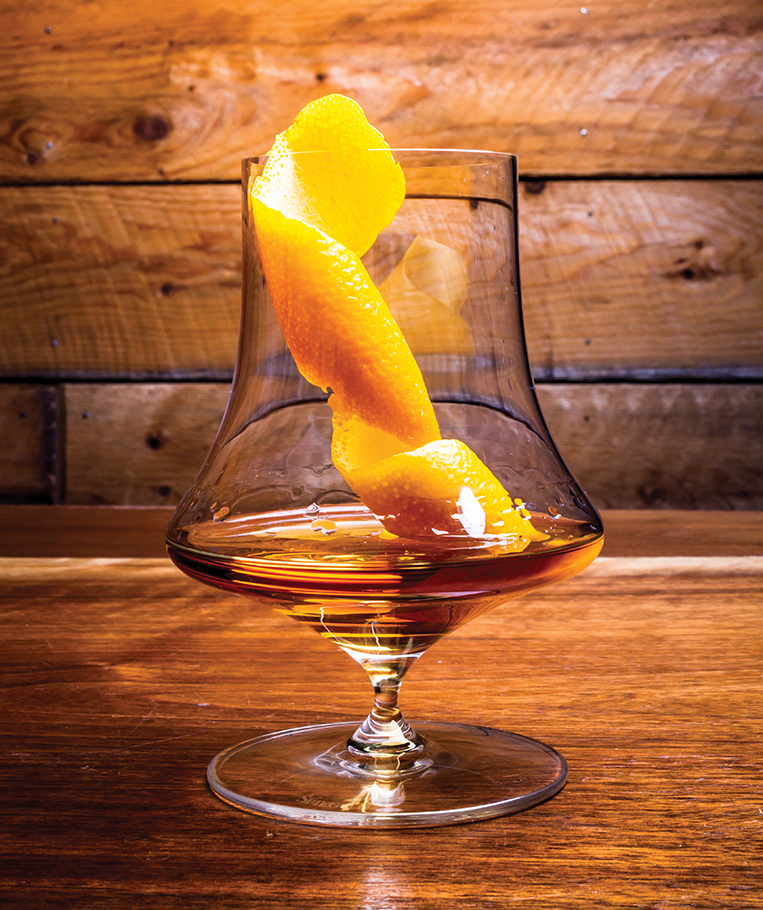