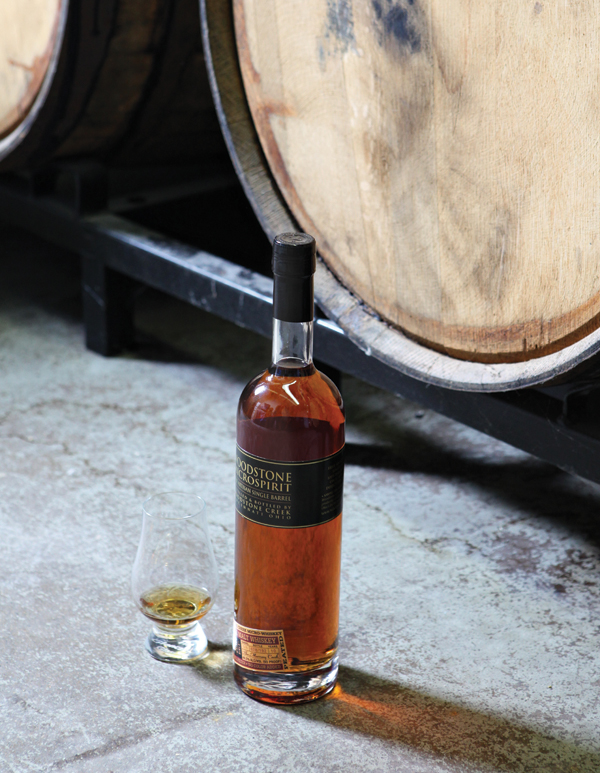 Don and Linda Outterson, proprietors of Woodstone Creek, the local winemaker and microdistillery in Evanston, knew they were on to something good when they looked out the car window and saw a man running toward them, waving a glass over his head and shouting “Marzipan! Marzipan! I taste marzipan!” But wait, let’s back up for a second: A microdistillery, here, in Cincinnati? Yes, you read right. The Outtersons have been busy producing a variety of tasty wines and meads since 1999, and at some point they got the idea to try their hand at whisky (along with rum, vodka, port, and bourbon—but more on those another time). Hence the trip to Scotland two years ago. They went to Islay—a small island off the west coast of Scotland with a big reputation for producing velvety, smoky, intensely peated scotch—toting samples of their first attempt at a 10-year-old single peated malt whisky. The running man was Jim McEwan, master distiller at Bruichladdich. And he really liked what he tasted. Now you, too, can taste the fruit of the Outtersons’ labor. But you better hurry. Only 192 bottles were drawn off of a former sherry barrel, a bottling called the Murray Cask— so-named because Jim Murray, the world’s foremost authority on all things whisky, sampled it and declared it “Glorious!” in his 2009 Whisky Bible. It ain’t cheap (a single numbered bottle goes for $118), but nothing this good ever is.