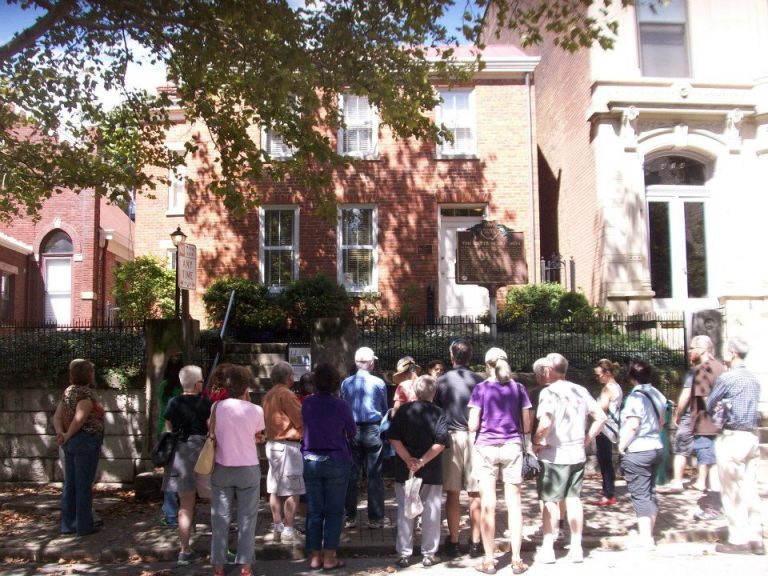 Photo Courtesy of The Betts House

In 1795, New Jersey native William Betts headed west. After a short stay in Pennsylvania and a flatboat ride down the Ohio River, he and his family landed in Cincinnati in 1800. Setting up shop with his wife, parents, and seven children, Betts acquired a 111-acre parcel of land from local tavern keeper Joel Williams at the cost of $1,665 (about $27,000 today). He began working as a brick manufacturer, and finished work on his farm house just in time for the birth of his ninth son in 1804.

Although Clark Avenue wouldn’t exist until three decades later, that’s where The Betts House stands today. The oldest surviving brick building in the state of Ohio functions today as a museum celebrating the Betts family, local architecture, and early life in Cincinnati.

On Saturday October 24 at 1 p.m., join The Betts House for a look at the history of the surrounding neighborhood, today known as the Betts Longworth Historic District (BLHD). The 90-minute walking tour costs $10, which includes admission to The Betts House. Reservations are recommended, as space on the walking tour is limited to 15 people.