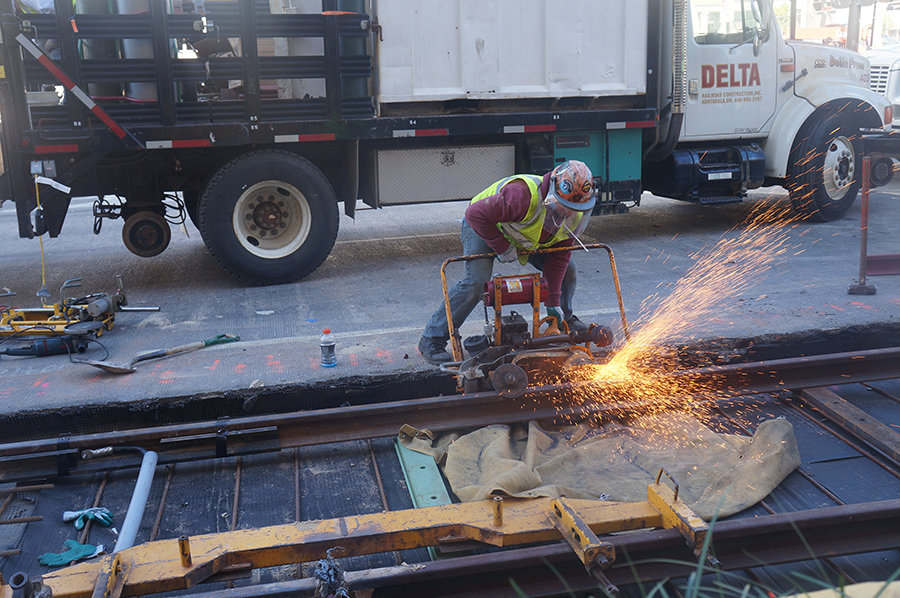 This news will make you happy, grumpy, or indifferent, or some combination of the three: MPD has installed the final rail for the streetcar’s 3.6-mile downtown loop. Regardless of your politics, it’s a big day for the city—particularly for downtowners and Over-the-Rhiniacs. 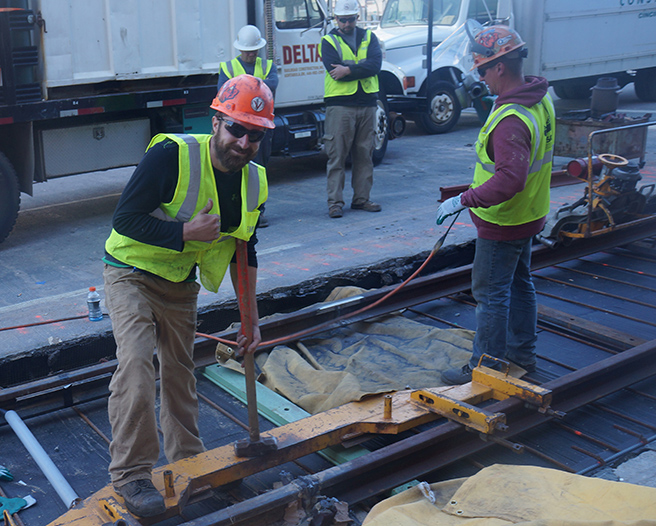 The project will now shift to paving around the tracks, taking delivery of the streetcars themselves (this month!), and testing it all for the next six to nine months. Ryan Messer, chair of Believe in Cincinnati, a group that organized itself to push through streetcar legislation and keep tabs on the project, says that this event shows that the city has completed the first phase of the project—and that they’ve done it on time and under budget. “We’re one step closer to getting streetcars with passengers back on the streets of Cincinnati.”

For your viewing pleasure, here some video footage of molten metal and welding sparks and stuff: