Home Culture moonweather’s Second Album, Overgrown, Offers Ruminations on the Past and Present

In the lively single, “Until Later,” moonweather frontman Billy Hodge sings, “All I wanted was a little memory. . .” Ruminations on the past prove a pervasive theme for the indie folk group, whose second album, Overgrown, comes out this month. “There’s a lot in there about getting older and how relationships change with the people around you,” says bassist Colin Hoell. “Time sort of seems to accelerate as you get older.”

Hodge and Hoell are quite familiar with evolving relationships. The two met while Hoell attended the University of Cincinnati. When he moved west after graduation, the friends were left with unrecorded material and a desire to stay in touch; thus moonweather was born. 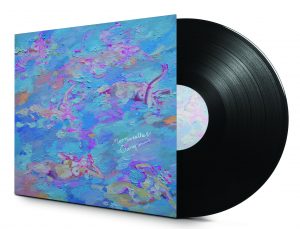 Overgrown was a heavily collaborative effort. In addition to band members Bobby Burgess and Michael Barnett, the album features 19 musicians and eight visual artists who contributed to its art, posters, and video. Like the 2017 debut, sit down be small, vinyl of Overgrown will be available for free at shows and through the group’s Bandcamp page.

“It’s definitely a project of passion,” Hoell says. “I get to see all my old buddies and we get to maintain those relationships because of this, so giving away this stuff for free seems like a small price to pay.”

Moonweather’s album release show is at the Woodward Theater Feb 8.