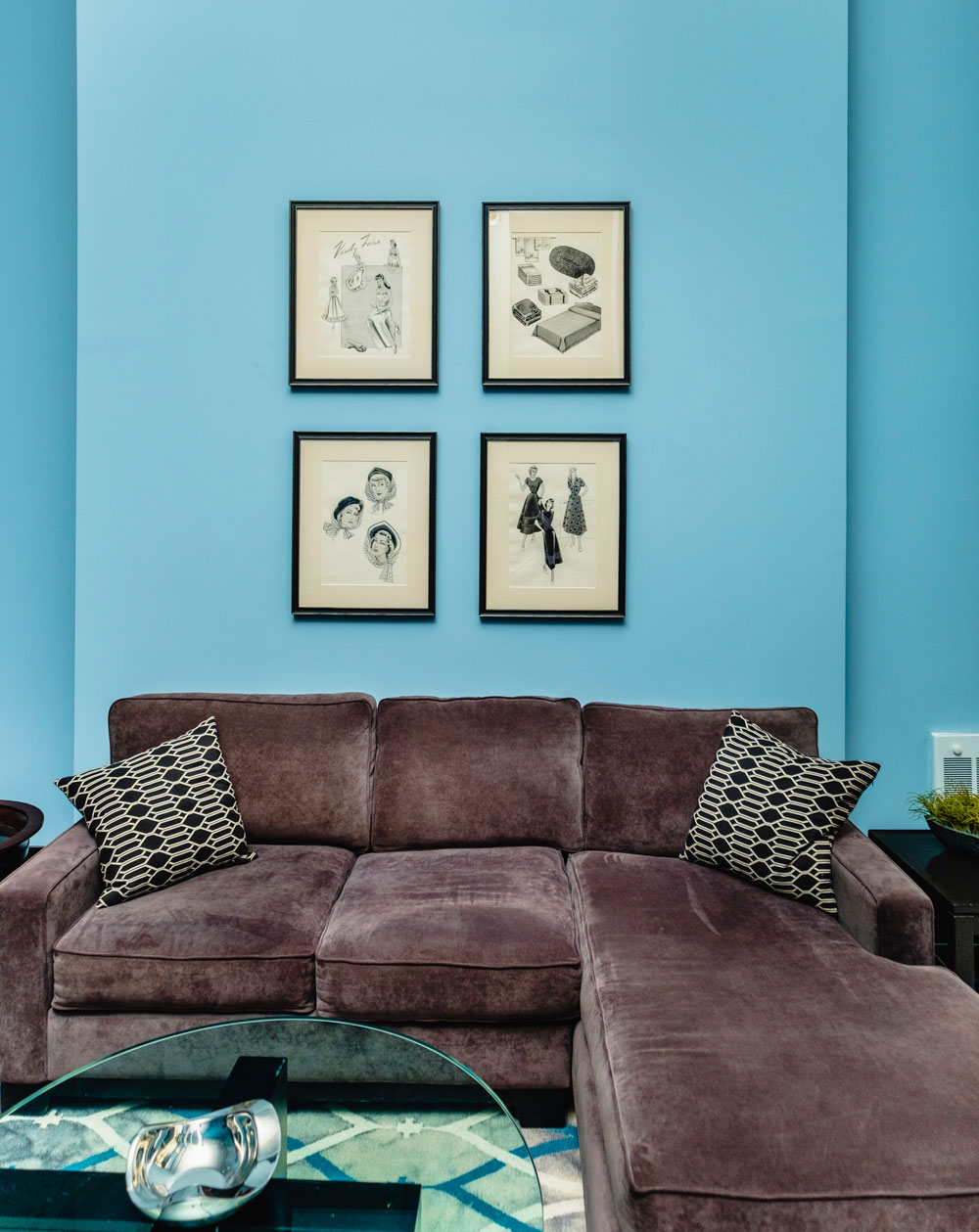 Dating all the way back to 1873, the downtown McAlpin’s department store building still dominates the south side of Fourth Street between Race and Vine. Now The McAlpin Luxury Condominiums, mementos from the building’s glory days can still be uncovered, including these post-World War II illustrations by Rae Hildebrand for McAlpin’s newspaper advertisements (which were found by Kim Goldsmith, current building manger, while cleaning a former supply room).

“Earlier in the ’40s there were a lot of regulations about how much fabric you could use,” says Cynthia Amnéus, curator of fashion arts and textiles at the Cincinnati Art Museum. “You could only use X-amount of fabric or you would be in violation of government restrictions.”

In 1947, around the time Hildebrand made these illustrations, fashion designer Christian Dior presented his first collection, which effectively transformed the fashion world from restriction and gloom toward a new silhouette, wider skirts, and flair.

Working Women
Before the implementation of photograph advertisements in the ’60s, women could make a steady income illustrating. “It was work that women could do and actually make money at,” Amnéus says. “It was a niche.”

Hot off the Press
Completed in ink with a combination of wet and dry brush techniques to achieve different textures, these images were key to McAlpin’s advertisements. “They would have been things that were in the store at that time, and then printed in the newspapers,” Amnéus says.