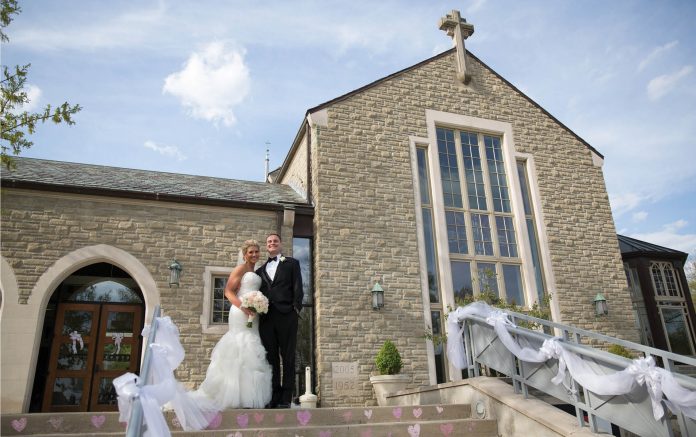 Eight cannons burst with colorful confetti, surprising Lindsey and Grant as they shared their first dance to Josh Groban’s “You Raise Me Up.” Guests poured champagne and the cake glistened with rhinestones and glitter.

Tying the Knot: Using 11 yards of French lace with intricate beading done by the bride herself, the couple held a hand-tying ceremony. Woman’s Best Friend: The bride included her dog in the ceremony as an honorary ring bearer. He was accompanied down the aisle by the maid of honor.