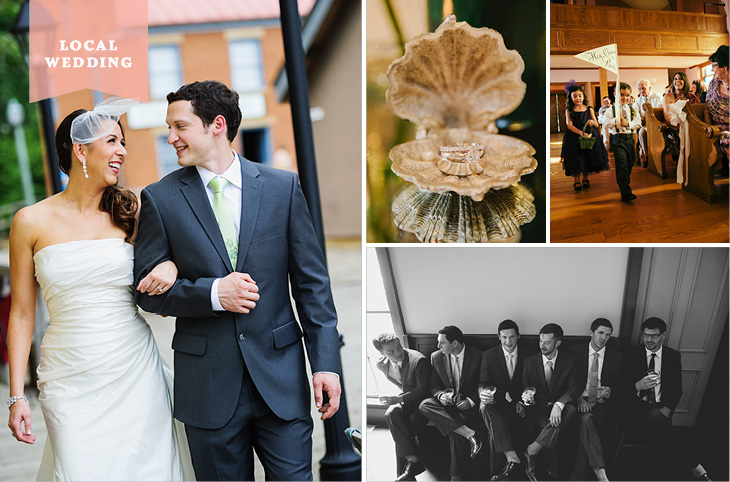 Amanda and Lee had a rock ceremony during their wedding service. Guests chose a rock on their way into the chapel, wrote a message on it, and placed it in a glass vase. Lee’s grandfather broke the vase while sharing his rock message, giving the wedding party a good laugh while they literally picked up the pieces to continue the ceremony.